Scotland head coach Gregor Townsend is to take a 25% wage deferral as part of a series of measures during the coronavirus pandemic, Scottish Rugby has announced.

Townsend and his counterparts at Glasgow Warriors and Edinburgh, Dave Rennie and Richard Cockerill, have agreed to the same measures from April until the end of August 2020.

All SRU board members are also deferring payments with chief executive Mark Dodson taking a 30% drop to his salary until August.

The measures have been put in place to help sustain the business operation during the outbreak.

The move follows similar measures taken by the unions of England and Australia, with the global game set to be hit hard financially during the current crisis.

USA Rugby announced on Monday it has filed for Chapter 11 bankruptcy protection, saying “existing financial challenges have been accelerated by the impact of the Covid-19 pandemic on rugby activities”.

Chairman of the Scottish Rugby Board, Colin Grassie said: “We are working extremely hard to navigate the sport of rugby in Scotland through these extremely challenging times. We would like to thank all our staff, sponsors, stakeholders for their support and collaboration.

“We have a huge challenge ahead of us, but we will get there together and we will leave no stone left unturned to ensure the long term sustainability of Scottish Rugby and the sport in Scotland.”

Director of performance rugby Jim Mallinder has also agreed a 25% temporary reduction to his salary alongside Townsend, Cockerill and Rennie, though Glasgow coach Rennie is due to depart at the end of his contract in June to take over as national coach of Australia.

Scottish Rugby also confirmed a halt to “all non-critical capital expenditure on BT Murrayfield and wider projects”, with work on Edinburgh’s new stadium on the back pitches at Murrayfield – the so-called Mini-Murrayfield – suspended until further notice.

The national stadium has also been offered to the Scottish Government to utilise “in any way the country needs”. 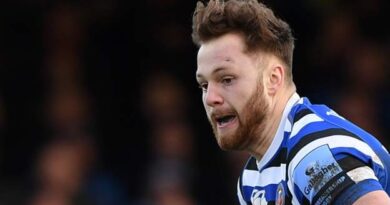 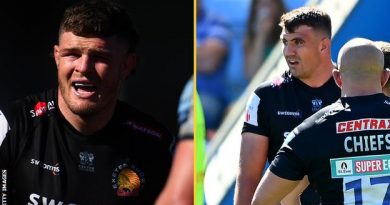