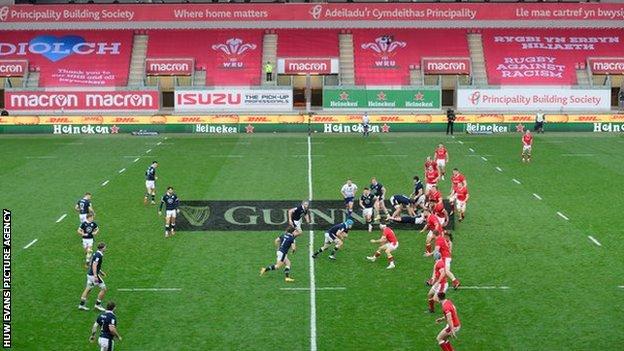 Scarlets coach Glenn Delaney says professional rugby without supporters lacks purpose and has urged the Welsh Government to allow fans back at games.

UK Prime Minister Boris Johnson announced on Monday that supporters will be allowed to return to outdoor sports venues in England next month as coronavirus restrictions are eased.

The Welsh Government is awaiting further details on England’s plan on sports stadiums before deciding what will happen in Wales.

“I think it would be the best decision we could make as a country if the Welsh Government enable it,” Delaney told BBC Sport Wales.

“I think you’ll have a real definitive change in the mood of people, and we’ve got to look at the wellbeing of everybody.”

Sports fixtures have been played behind closed doors since the start of the summer due to the Covid-19 pandemic, which halted sport in the UK in March.

From 2 December up to 4,000 people will be allowed into venues in tier one areas and 2,000 in tier two regions but stadiums will remain closed in tier three, the most severe level.

But sports fans in Wales who may have hoped to be able to head back to watch their teams in action next month will have longer to wait for a decision.

The Welsh Government said: “Our approach to easing restrictions is always in the context of the public health conditions here in Wales.

“We will wait to see the detail of the UK Government’s announcement.”

Scarlets played in front of 1,000 fans in Belfast in Sunday’s Pro14 match away to Ulster with a limited number of people currently able to attend elite sports events in Northern Ireland.

“I would just love to hear them in the stadium and the 1,000 people that came to the Kingspan Stadium on Sunday was fabulous to see them,” Delaney said.

“They marshalled them in brilliantly. They were all separated, and you could hear them and ultimately that’s what the game is about.

“It’s not the same without the fans. That’s the point of the game and we only exist because of the supporters.

“In the privileged position that I’m in and the players are in we get to wear the colours of this great club.

“When you boil down why we do this it is because and for the supporters so we’ve got to get them back in as soon as we can, and the day we bring them in will be pretty emotional.

“It will be a wonderful occasion to greet them back in and I just can’t wait for it.” 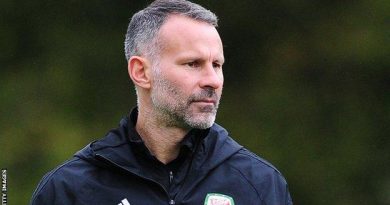