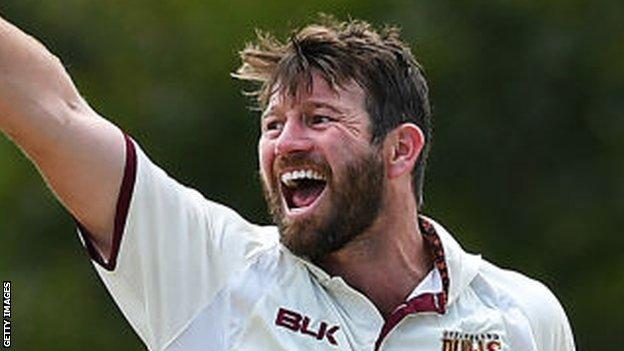 Glamorgan have signed Australian all-rounder Michael Neser as an overseas player for the 2021 season.

Neser, 30, has played in two T20 internationals for Australia and has also been in the Test squad.

He will share overseas player duties with batsmen Marnus Labuschagne and Colin Ingram.

Like Labuschagne, he was born in South Africa but moved to Australia as a boy with his family.

Neser is mainly known as a fast-medium bowler, who has claimed 186 wickets over 56 first-class matches at an average of 25.

But he also averages 25 with the bat and hit his maiden first-class hundred for Queensland against Tasmania in October 2020, to follow a five-wicket haul.

Neser, whose scheduled spell with Surrey in 2020 was cancelled because of coronavirus delays, will mainly play in Championship and One-Day Cup cricket, with Labuschagne and Ingram taking the T20 slots if both are available.

Neser told the Glamorgan website he is “thrilled” to play in Wales and “didn’t have to think twice” about the offer.

“The guys who’ve played at Glamorgan have had nothing but praise for the club, the culture at Sophia Gardens and the friendliness of all the staff and locals,” he said.

“I’m keen to come over, showcase my skills, and do what I can to win games for Glamorgan. I’ve still got those international ambitions, I saw what playing for Glamorgan did for Marnus and I’m hoping to do the same thing.”

It is understood Ingram, who has not played a first-class match for three years, may feature in some Championship games alongside Neser if Labuschagne is away on Australia duties.

Neser’s signing follows the departure of Marchant de Lange, released a year early from his contract to join Somerset when the South African paceman lost his UK status, and veteran all-rounder Graham Wagg, with whom the county could not agree terms.

“His ability with bat and ball makes him a very dangerous player at any moment in a game,” said Glamorgan director of cricket Mark Wallace.

“We see him as one of the best bowling all-rounders in the domestic game anywhere in the world, and he brings a great balance to our side.”

County Championship: Somerset bowl Hampshire out for 79 in first innings 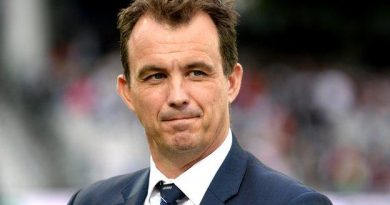