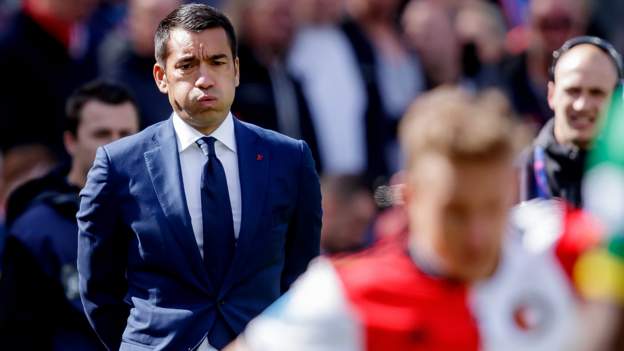 As unchecked excitement gripped the support and panic rippled through Feyenoord’s dressing room, Giovanni van Bronckhorst didn’t flinch. His side had come this far and he wasn’t about to let them squander it now.

Having topped the Dutch Eredivisie from the opening day of the 2016-17 season, the penultimate game gave Feyenoord the chance to secure their first title in 18 years.

A 3-0 defeat at relegation-threatened city rivals Excelsior, taking the race to the wire, wasn’t supposed to be in the script.

It meant the suffocating pressure and expectation that had been building for weeks went up a notch. Navigating a path through the tumult would test the acumen of even the most experienced coach.

Van Bronckhorst, in just his second year in charge of his boyhood club, remained unflappable amid adversity. The title was duly delivered on home soil the following week with captain Dirk Kuyt scoring a hat-trick in a 3-1 home win over Heracles.

That season was the making of head coach Van Bronckhorst and will serve him well in his new role as Rangers boss where he’s been parachuted into a title battle.

His man-management skills came to the fore during the fraught run-in, says Brad Jones, who kept goal for that title-winning Feyenoord team and offers an insight into Van Bronckhorst’s methods.

“It wasn’t easy in those final few weeks, I tell you. That pressure was mounting and in the last month the fans were desperate,” Jones tells BBC Scotland. “We were leaving the stadium the day before a game and there were flares and fireworks going off. It was pretty intense.

“That was very much where the cool, calm Gio came in. He didn’t change anything, he wasn’t frantic, no changes to training or the routine, didn’t go off on any tangents. It was just a case of we’ll be the same people we’ve been all season and that’ll get us where we need to be. That’s exactly how it panned out.

“It was phenomenal to break that 18-year duck. For the city and club, it was huge. Losing to Excelsior ended up being the best thing that happened to us. It was a massive learning curve because it had become so full on. People at the club were getting carried away, the energy was just too much.

“That was a massive step for Gio, he eradicated all the outside noise going into that last game. He is a very calm and relaxed guy and that’s what people thrive off. They want to play for him. That’s his asset, bringing the calmness to the dressing room.”

Underneath the Dutchman’s cool exterior lies a sharp – and flexible – tactical mind. Van Bronckhorst blended a disparate group of players into champions by adapting and honing the strengths at his disposal.

There is no air of superiority about his leadership, though. At Feyenoord he was always approachable, espousing unity and a collective spirit.

“He’s very much a people person, from the staff to the players,” adds Jones. “Not many players were complaining about him, whether they were in the team or not, which isn’t always the case.

“He’s very genuine, easy to get along with. But at the same time commanded that respect a coach needs. He knew how to work people in terms of the personalities and how different players tick.

“As a captain you tend to learn that. I worked with [Gareth] Southgate at Middlesbrough, who went from captain to coach and same with Gerrard at Liverpool – Gio’s in the same mould.

“He is definitely a coach who makes players better. It wasn’t an easy group of players we had, we had some difficult characters. But when the players all want to work for the coach, it’s a massive thing.”

So what style of play can Rangers fans expect? An emphasis on attack is a must at Ibrox, just as it was in Rotterdam, but Van Bronckhorst is not a coach welded to the ‘total football’ ideology made famous by Ajax and his homeland.

As a former Ibrox midfielder, whose five honours in Scotland included two league titles, he understands every point dropped by Rangers can be regarded as a crisis.

The 46-year-old will bring a winning mentality and a painstaking approach that leaves players in no doubt of their roles.

“He’s very hands-on,” says Jones. “I’ve heard of managers not turning up until a Thursday, but he couldn’t be further from that. He trusts his staff and they’ve been together a while, but if one of the other coaches is doing a drill, Gio is there watching.

“He was a versatile player and covered all ends of the spectrum – defender, midfielder, liked to get forward. So when the players are talking to him about certain situations, he has covered them all.

“He can change up depending on personnel and also the opponent to get the best out of the team. You can all talk about how pretty the football is, but if you don’t win, no one cares.

“We had a team who could do everything. If it wasn’t going our way, we won ugly. When it was our day, it was some of the most beautiful football you’ve seen. It was that ability to adapt to every situation.”

‘He understands the culture of the place’

Van Bronckhorst’s landmark title win toppled the big two of Ajax and PSV Eindhoven, but his hopes of building from a position of strength were soon eroded.

Feyenoord’s triumphant team was broken up that summer as Kuyt retired and prized defenders Rick Karsdorp and Terence Kongolo were sold to Roma and Monaco.

Still, another Dutch Cup was added the following campaign – repeating his debut season success – before he stepped down in 2019.

“He is a Feyenoord legend who is from Rotterdam, played for the club, then was assistant before growing into a very commanding manager,” adds Jones.

“He’s very clever in what he does. It will hold him in good stead at Rangers. He’s played there, he understands exactly what he’s going into and the culture of the place. He understands living in Glasgow and that fish bowl of Rangers-Celtic.

“Sometimes older coaches tend to forget how they were as a player. Gio is still relevant in that he understands what players are going through. He understands that what the players need is the important thing.” 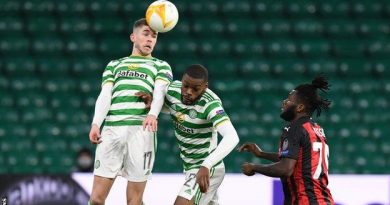