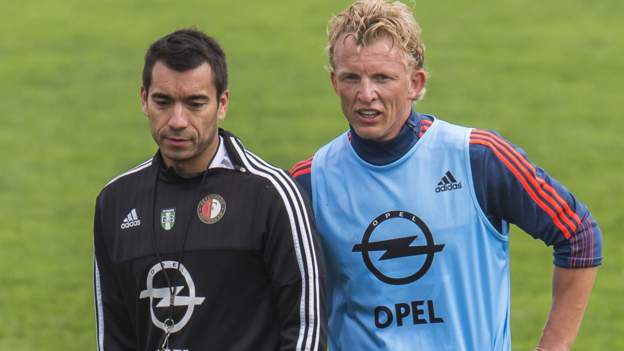 Giovanni van Bronckhorst will not shirk “difficult decisions” as he seeks to make his mark as Rangers boss, says former team-mate Dirk Kuyt.

The pair played together for the Netherlands, while Kuyt was captain when Van Bronckhorst managed Feyenoord.

He takes over at Rangers with the club top of the Premiership but out of the League Cup and struggling to match the performance levels of last season.

“I think this is the perfect next step for him,” said Kuyt.

Speaking to BBC Scotland’s The Nine, he added: “Gio’s a very relaxed person. He’s not very emotional but he doesn’t hesitate to make very difficult decisions. He always says those decisions are about giving the team the best chance to win.

“In my second spell at Feyenoord under him I was the captain and his friend but he put me on the bench. It must have been tough for him, but it was for the team.

“He was always very calm. Even in the first season when we struggled a little in the league he never got stressed and we managed to win the cup. The year after, we won the title for the first time in 18 years.

“I can see him being very successful at Rangers. He is one of the best coaches Feyenoord has had and he will take that experience with him.”

Van Bronckhorst had no input as he watched Sunday’s League Cup semi-final defeat by Hibernian from the Hampden stands before meeting the Rangers players on Tuesday.

His first game in charge is the Europa League tie with Sparta Prague at Ibrox on Thursday, where Rangers will be guaranteed second place in the group and a last-16 play-off should they win by two or more goals.

Kuyt, who also played alongside former Ibrox boss Steven Gerrard at Liverpool, expects Van Bronckhorst to build on the success of the club’s first title in 10 years last season.

“It’s typical Gio to watch the first game from the stands. It’s very difficult to make changes right at the beginning, so he will be well prepared for a very tough game on Thursday,” he said.

“Steven Gerrard, another great friend of mine, did a great job and hopefully Gio will be as successful.

“As well as being a great manager, he has a good team around him, like Gerrard had. Roy Makaay is a very good coach.

“For Gio, the most important thing is first of all to win games. It won’t be tiki-taka in the first place, it’s all about winning.

“He likes to attack, he knows the 4-3-3 system very well and I think he will build on that like Gerrard did.” 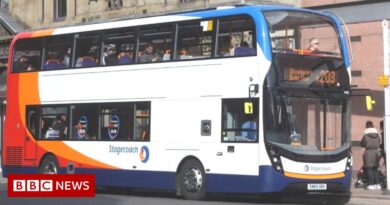 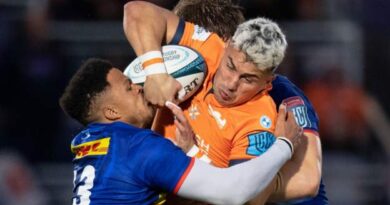 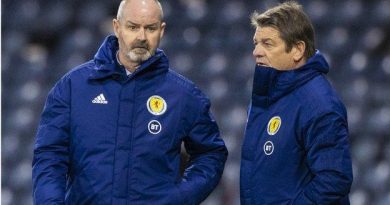 Who could force their way into Scotland squad?