Three German parties have agreed a deal to form a new government that will end the era of the longstanding chancellor, Angela Merkel.

Olaf Scholz, of the centre-left Social Democrats, is poised to replace her and said the new government would not seek “the lowest common denominator, but the politics of big impacts”.

He emphasised the importance of a sovereign Europe, friendship with France and partnership with the United States as key cornerstones of the government’s foreign policy – continuing a long post-war tradition.

Mr Scholz said he expected members of the parties would give their blessing to the deal in the next 10 days.

The Social Democrats have been negotiating with the environmentalist Green party and the pro-business Free Democrats since narrowly winning a national election in September.

If party members approve the deal, the three-way alliance – which has never yet been tried in a national government – will replace the current “grand coalition”…

US election 2020: Inside the White House on election night 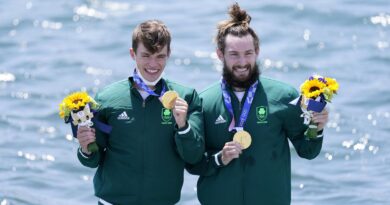