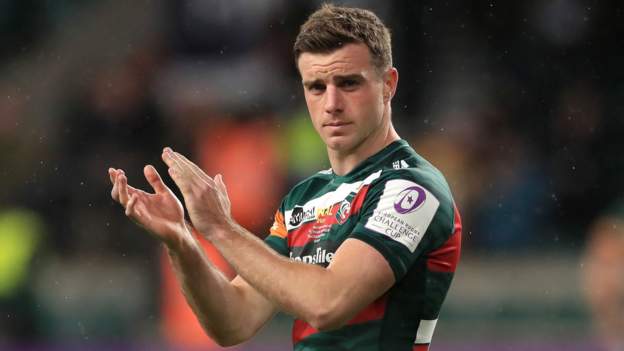 Steve Borthwick has backed fly-half George Ford to fight his way back into England contention after being left out of the autumn internationals squad.

Ford has won 77 caps but was omitted by Eddie Jones despite his impressive form for Leicester this season.

The Tigers head the Premiership table after five wins out of five.

“He’s been playing really well and he’s got to continue to play well to put the best case forward for selection,” said Leicester head coach Borthwick.

“He’s almost got better each week and he’s had different situations to deal with, from dry days on artificial to that wet game at Saracens where he managed to keep us in it.”

Borthwick told BBC Radio Leicester: “I know he will be determined to just keep helping this team because he’s that kind of character.

“If our players follow even a fraction of the determination that George Ford has, we’ll do very well.”

Leicester have five players in the England squad with uncapped hooker Nic Dolly chosen alongside skipper Ellis Genge, Ben Youngs, George Martin and Freddie Steward – the latter pair having made their full international debuts in the summer.

Dolly, 22, was Leicester’s fourth-choice hooker not long ago and Borthwick said: “I’m very pleased for him after all his hard work.

“He joined us towards the latter part of last season, had a couple of glimpses [of the first team] last season but has worked really hard in pre-season this year to be ready to take an opportunity when one came along.

“He’s done that. Other players have worked and supported him, we’re seeing a reward there.” 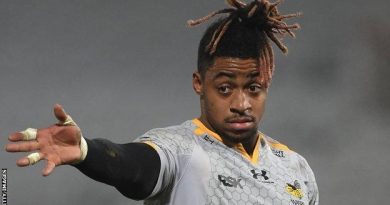 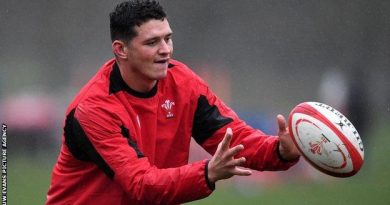 James Botham: ‘It has always been my dream to play for Wales’ 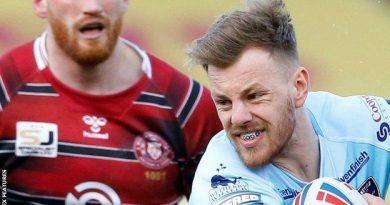 Tom Johnstone: Wakefield and England winger out for four weeks after concussions