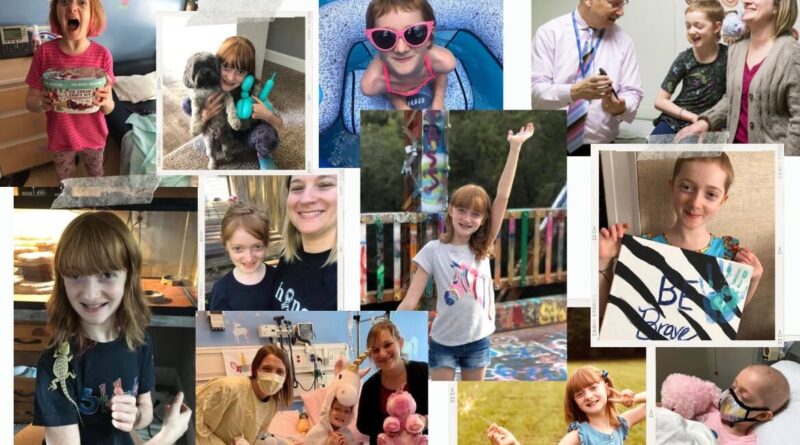 In every visible way, Marley Gaskins is an average 12-year-old—she enjoys painting, playing online games like Roblox with her friends and taking ukulele lessons. But until recently, her life was far from normal.

Marley was born with a one-in-a-million genetic disorder called leukocyte adhesion deficiency-1, or LAD-1, which cripples the immune system and results in recurring infections, coupled with slow wound healing.

“She started getting what looked like ant bites on her skin when she turned 1,” said Marley’s mother, Tamara Hogue. “When she was 3, she got a really big skin abscess on her stomach that landed her in the hospital for five weeks because it was just a massive infection they couldn’t control.” The infections, Tamara said, continued to get worse and more frequent, and Marley eventually needed round-the-clock attention.

Due to a defective gene, Marley was missing a protein that enables white blood cells to stick to blood vessel walls—a crucial step these cells take before moving outside the vessel walls and into tissues to fight infections. Most kids with Marley’s disorder, if untreated, die before the age of 2. The fact that she survived well past that mark without a diagnosis is remarkable in itself.

When Marley was officially diagnosed at age 8, after years of uncertainty and hospital stays, doctors in her home state of Florida said the only possible cure would be a bone marrow transplant from a matched donor. Tamara said Marley’s doctors couldn’t even provide a survival rate for LAD-1 patients who undergo bone marrow transplants because so few people are diagnosed with the disorder.

“I just felt like there had to be another option, and that’s when I started asking for a second opinion,” Tamara said.

Tamara’s search for other treatment options led her to Dr. Donald Kohn, a physician-scientist and member of the Eli and Edythe Broad Center of Regenerative Medicine and Stem Cell Research at UCLA.

He was leading a new clinical trial sponsored by Rocket Pharmaceuticals for children with LAD-1 in which doctors collect blood-forming stem cells with the defective gene from each child, add in a healthy copy of the gene in the lab and then return the corrected cells into the child’s body. The therapy works by prompting the child’s body to create a continuous supply of healthy white blood cells capable of fighting infection. And because the corrected cells are the patient’s own, there is no risk of rejection, making the treatment far less risky than a bone marrow transplant.

“By the time a patient gets a bone marrow transplant, there’s a lot of infection and they may have already had lung problems or other complications,” said Kohn, a distinguished professor of microbiology, immunology and molecular genetics in the UCLA College and of pediatrics and molecular and medical pharmacology at the David Geffen School of Medicine at UCLA. “They have many skin lesions and those tend to be the sites where the donor cells attack the recipient’s body in what’s known as graft-versus-host disease.”

To avoid the rejection risks of a bone marrow transplant, Marley became the first LAD-1 patient ever to receive the stem cell gene therapy.

“I didn’t hesitate in letting her be a participant in the trial because I knew in my heart that this would give her a chance at having a normal life,” Tamara said.

In July 2019, Tamara and Marley traveled from their hometown Live Oak, Florida, to UCLA. There, doctors gave the then 9-year-old Marley two medications to move the stem cells from her bone marrow into her bloodstream so that they could be collected. Her harvested stem cells were then sent to a Rocket Pharmaceuticals lab where a healthy copy of the defective gene was delivered into them.

A month later, mother and daughter returned to Los Angeles so that Marley could undergo chemotherapy. This step was necessary to clear Marley’s bone marrow of the remaining defective stem cells and make space for the new transplanted ones to grow. Next, the genetically corrected stem cells were injected back into her bloodstream to replicate and make fully functioning new white blood cells.

“One month after receiving the transplant, she was already feeling pretty well and her immune system was working great,” Kohn said.

Last week, Kohn reported at the American Society of Hematology Annual Meeting and Exposition that Marley and five other children who received the gene therapy at UCLA, including three siblings, remain healthy and disease-free. Doctors expect this to be a lifelong therapy for LAD-1.

“None of the six kids have experienced new infections or inflammatory skin lesions since receiving treatment,” Kohn said. He added that patients treated with the same type of gene therapy for more than a dozen other blood diseases have also shown “very good recovery.”

“Marley and her mom went into this as the first ones ever,” Kohn said. “What they did was an act of bravery, so it’s great that we’ve been able to really help.”

A string of firsts

More than two years out of treatment and no longer limited by the severe infections that used to keep her in the hospital for months, Marley is experiencing a lot of firsts: first time camping, first time getting her ears pierced and first time going to what she calls “big school” this year.

“She tells me that she’s thankful she has a story that makes her unique,” Tamara said. “Now she shares her journey even with kids at school to give others courage and hope.”

For Tamara, who quit her job in banking to homeschool Marley from pre-kindergarten through fifth grade, the gene therapy’s success has also opened up new possibilities for her own future.

“It’s a rebirth for the patients and the parents,” Kohn said. “It’s life-changing, from a life of worry to a life of health.” 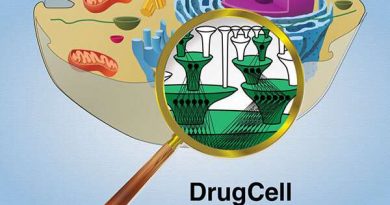