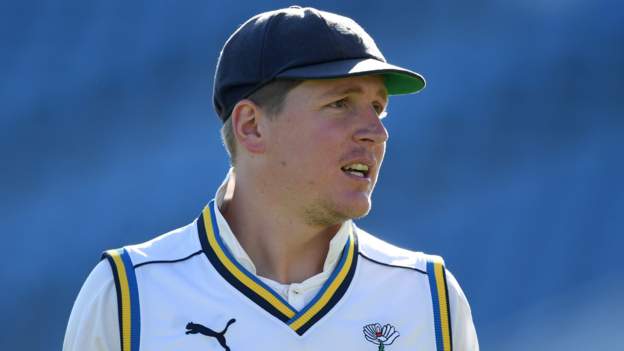 Former England batter Gary Ballance has denied an allegation that he failed a recreational drugs test at Yorkshire.

Former team-mate Azeem Rafiq claimed in his witness statement about racism at Yorkshire that the club had “protected Ballance with respect to his drug and alcohol issues”.

Rafiq also said that Yorkshire instead told the public he was missing games because of mental health issues.

A representative for Ballance denied the specific allegations raised.

Rafiq gave a witness statement as part of his employment tribunal against Yorkshire.

It was published after the former bowler spoke to the Digital, Culture, Media and Sport select committee about his experiences of racism during his two spells at Yorkshire.

“Over the years, YCCC protected Gary Balance with respect to his drug and alcohol issues, allowing him to miss drug hair sample tests to avoid sanctions,” the statement read.

“When he failed a recreational drug test and was forced to miss some games, the club informed the public he was missing games because he was struggling with anxiety and mental health issues.”

Speaking on Tuesday, Rafiq said racist language was used “constantly” at Yorkshire and he received “inhuman” treatment after the stillbirth of his son in 2017.

He said the atmosphere became “toxic” after Ballance took over as captain and described the batter’s behaviour as disgusting.

Ballance has previously admitted using racial slurs towards Rafiq. In a lengthy statement released earlier in November, Ballance said he “deeply regrets” the language he used.

Ian Gould: Umpire’s call should be removed if DRS is available worldwide