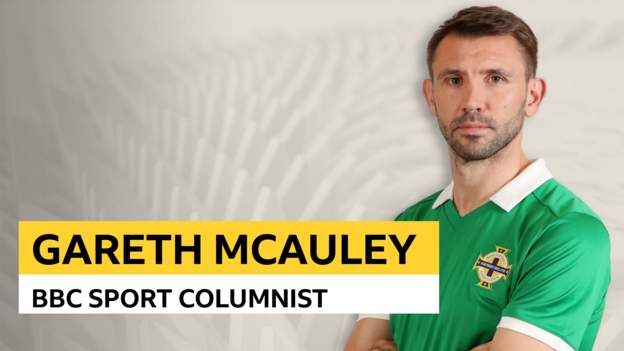 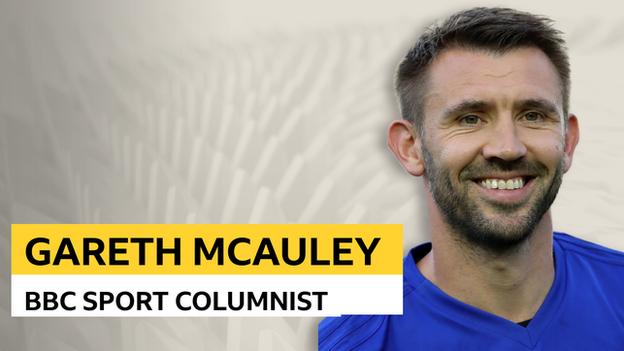 The Northern Ireland team’s WhatsApp group will have been busy over the last few weeks.

Long before they met up on Monday for this vital World Cup double-header, manager Ian Baraclough and his coaching staff will have been getting to work on ensuring every player has a clear picture in their head of the positive elements of last month’s home draw against Switzerland.

In front of a rocking Windsor Park, Northern Ireland had a look at Switzerland and hurt them. That’s not an easy thing to do – the Swiss knocked world champions France out of the Euros in the summer, don’t forget – and it’s vital the squad fully understands just how they did it.

Ian will have wanted to reinforce the positive elements from that match as much as possible, and that will have started with edited video clips and graphics being sent to the players to help establish a strong mindset from the outset of the camp.

So much of the information players receive these days – especially while on international duty when pitch time is limited – comes either electronically or in a team meeting.

With those pictures fresh in their minds, their job now is to repeat that performance in Geneva, but this time with a win at the end of it being the focus, with six points from the next two games likely to be required to secure a play-off spot. Being away from home will of course be very different, but we have to carry a goal threat.

Injuries are disruptive but not disastrous

Of course, the obvious threat to that positive mindset are the injuries Northern Ireland have suffered, especially to Shayne Lavery, whose blistering pace to get away from the Swiss defence and create that chance for himself early on really set the tone for the night in Belfast.

Yes, not having him is a big blow, there’s no denying that, but we have Dion Charles ready to go as a replacement. He’s a player that I have been impressed with – I expected him to get a move to a Championship club over the summer – and he has similar qualities to Lavery.

He may not have the lightning pace, but he is full of running, likes to get in behind defences and is always keen to get a shot away. He doesn’t have much experience in competitive internationals, but neither did Shayne until recently. I’d have no hesitation in starting Dion.

Alongside him, I would go with Conor Washington, who has been a good foil up front in recent matches. It’s fantastic to have my big mate Josh Magennis back in the squad but, while he won’t thank me for saying it, I think he will be an excellent striker to come on from the bench and make an impact.

Michael Smith and Ali McCann are also key losses from the starting line-up against Switzerland last month, but we have the experienced Stuart Dallas and Paddy McNair to come straight back in at right wing-back and in midfield.

With Jonny Evans still unavailable, I believe those will be the only three changes in what will again be a 3-5-2 formation. The injuries are disruptive but not disastrous, so the message for Saturday should be to believe in the plan and stick to it.

A new Northern Ireland identity that started under O’Neill

It may not have been obvious to many supporters at the time, but Northern Ireland changed their style of play towards the end of Michael’s O’Neill’s reign as manager.

Ironically, it was in the aftermath of our World Cup 2018 play-off defeat by Switzerland that Michael made a conscious decision to set up the team in a different way.

For a lot of our time under Michael we played in a mid-block and looked to hit the opposition on the counter-attack. It was successful, too. Who could forget Euro 2016?

However, it was then decided to focus on a more possession-based game that would see us build the play through the pitch more. This added an extra dimension to the team and I believe Ian Baraclough has carried this philosophy on since taking over.

It was hard to see much evidence of that during his difficult first year in charge, but that changed in that last triple-header when the team’s identity started to shine through in three really positive performances. Yes, we would have much preferred – and possibly needed – a win instead of a draw against Switzerland, but that doesn’t detract from how well the team played.

A taste of the tough times is no bad thing

When I started playing for Northern Ireland over 15 years ago, a lot of the time we turned up more in hope than expectation we might get something. It was difficult to get wins and there was very little confidence in the squad.

That obviously began to change under Michael, particularly during the qualifying group for Euro 2016 when we were playing high-pressured games but going into them believing – and at times expecting – to win.

That feeling will have remained until the last year when results have proved a lot more difficult to come by. Strangely, though, that might prove to be no bad thing for the players. Some of them will only really have known the ‘good times’ of the last three qualifying campaigns, when we either qualified or reached a play-off.

The transition period that Ian has had to oversee has been tough, but it will stand the players in good stead. It will be good for them to realise that international football isn’t always just as easy as you think, and now they are coming out the other side of that.

It certainly won’t be easy against Switzerland on Saturday, but I can picture a win and believe the players will too. 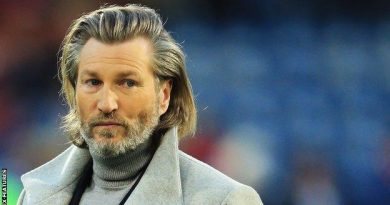 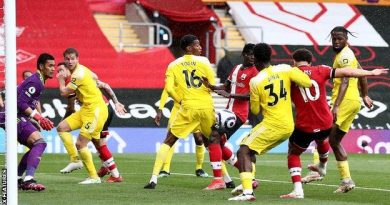