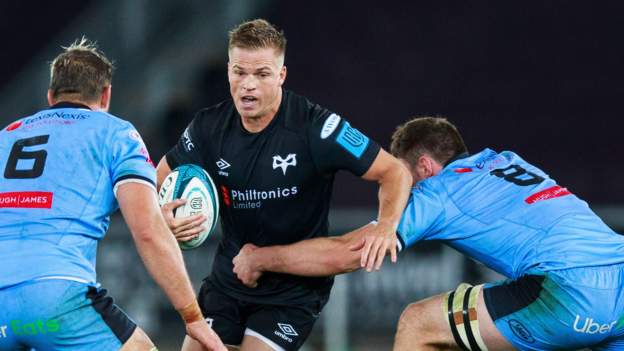 Ospreys head coach Toby Booth says he believes Gareth Anscombe needs more game time before there is any prospect of him receiving a Wales recall.

Anscombe has excelled in his opening two competitive games for Ospreys after a two-year absence with a serious knee injury.

Booth says caution should prevail ahead of Anscombe returning for Wales.

“I personally think he needs more time in the saddle but that is not my call,” said Booth.

Anscombe kicked 18 points in man-of-the-match display against Cardiff a week after a 12-point haul in the win over Dragons.

Both performances were in front of Wales head coach Wayne Pivac, who will be without outside-halves Dan Biggar and Callum Sheedy for the opening autumn international match against New Zealand on 30 October.

The pair will not be released by their English clubs for the All Blacks match because the game is scheduled outside World Rugby’s international window.

Jarrod Evans is in a fitness race for the autumn after damaging his sternum in Cardiff’s 33-21 victory over Connacht.

Cardiff colleague Rhys Priestland and Dragons fly-half Sam Davies are other options for New Zealand before Biggar and Sheedy return to face South Africa on 6 November.

Scarlets’ Rhys Patchell has not played since October 2020 and is currently sidelined by a calf problem and there will be a clamour for Anscombe’s return.

“The more time he spends in the saddle the better he will become,” added Booth.

“We need to be very careful about expectations and physically what we put into him.”

Anscombe admits he is still easing himself back in.

“I am still finding my feet and there will be a lot of rustiness,” said fly-half Anscombe.

“There is a lot to work on but I am pleased the body has held up.

“These short turnarounds have tested me but I am just enjoying wearing a black jersey (Ospreys) with the boys.”

Ospreys have injury concerns over Michael Collins and Bradley Davies but former England fly-half Stephen Myler and new signing Alex Cuthbert could be fit to face Sharks next Friday.

British and Irish Lions captain Alun Wyn Jones is in line to make his first appearance of the season against the South African side.

Booth also praised the impact of flanker Jac Morgan who has impressed in the opening two matches after his summer move from Scarlets.

“He is a very good player and he is still a young man,” said Booth.

“He will learn from Dan Lydiate and Justin Tipuric when they are back with the conversations he has with them and he will get better and better.

“He has come up with key turnovers, he did the same last week and he brings other people into the game. We are delighted with how he is going.” 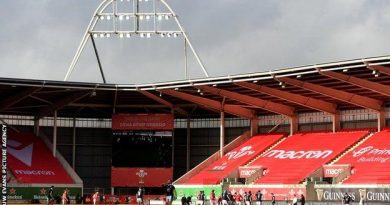 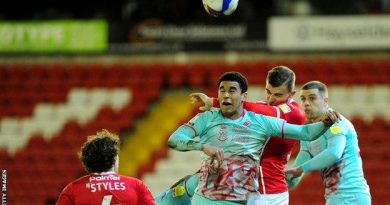