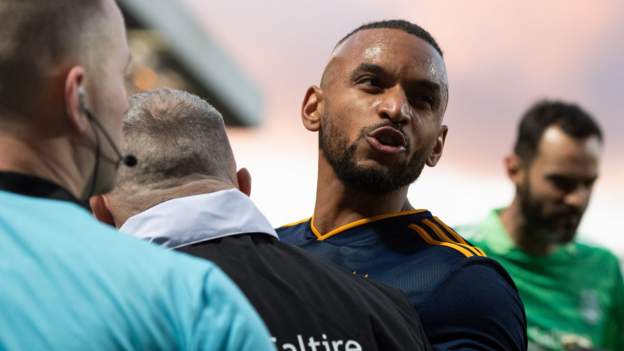 A Dundee United fan has been charged with assault after a clash with Aberdeen player Funso Ojo during the meeting of the sides on Saturday.

Ojo became involved in an altercation with the 35-year-old fan after his momentum took him off the pitch during the Scottish Premiership game.

The midfielder, 30, received a second yellow card and was sent off.

“The man has been released on undertaking to appear at Dundee Sheriff Court at a later date,” police said.

Aberdeen manager Stephen Glass was sent off at half-time for his complaints over Ojo’s dismissal, and United snatched a late winner when Ian Harkes lashed home from a corner.

Glass conceded afterwards that “by the letter of the law” Madden was right to issue a second yellow to his player.

“He’s made a movement to go back, so I think that’s why Bobby has chosen to send him off,” said the Aberdeen boss. “Funso feels like he has let the team down, which he has a little bit.

“But I don’t think our player should have to show restraint. I think the referee is on the pitch to protect the players and he almost incites it a bit as Funso has to walk past them [the United fans] again because he chooses to send him off.” 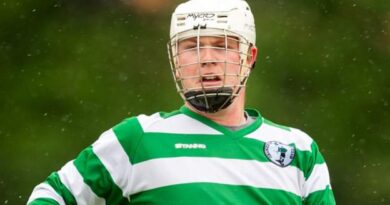 Robert MacIntyre: Scottish golfer on why he still plays shinty

Covid in Scotland: 'You don't need to climb the highest summit'

Covid in Scotland: Parents' verdicts on week one of home-schooling