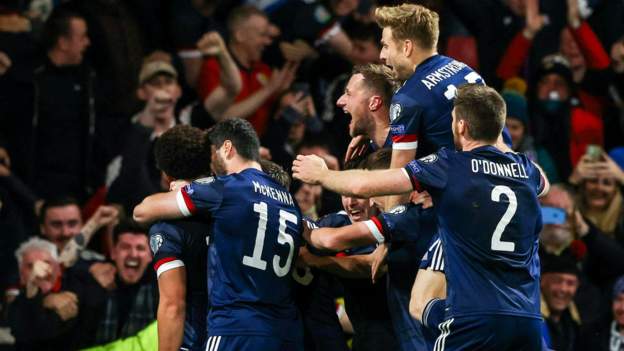 Sleep would not have come easily to the Tartan Army last night.

This new sensation in their lives, this feeling of unadulterated joy in watching their team play. It’s not conducive to a proper night’s kip, is it? Too much energy, too much temptation to stick on the telly and revel in it all over again.

They’d heard about it, but they’d never felt it. Would they ever get to know the mad beauty of following Scotland on a roll?

Well, they’re feeling it now. Six competitive wins in a row for the first time since 1930. Classy goals and clean sheets. Full houses and untold bedlam.

Scotland will have a home semi-final in the World Cup play-offs. They rank ahead of Italy, Russia, Sweden and Poland. Right now, there’s Portugal and then, on goal difference alone, there’s Scotland. Rarefied air.

Denmark were missing some of their main men on Monday, but they still had to be put away. Nobody but nobody thought that Scotland would do it with such ease. This was 2-0 going on 4-0. This was special.

In the wake of a Georgia or a Faroes or a Kazakhstan we’ve all played the dreary game of drawing up a list of Scotland’s worst-ever performances. This is a brilliant twist on the theme. Scotland’s best performances – where did Monday rate?

The biggest battles are yet to come in March next year, but the fans should bask in this for a little while. They’ve earned these moments.

Steve Clarke repeatedly said the team would get to this point, but there was a wall of reinforced cynicism he needed to break through first.

From there to here. His team has been transformed into a confident, winning unit that embraces pressure, a side that has played its best stuff in the last two matches when the heat was at its most intense. Not long ago – and for years – Hampden was a grim place. Now it’s reborn, alive with noise and colour and happy chaos.

No big Scotland occasion is complete without a little intrigue in the build-up, though. This time it centred on all those players on yellow cards and the Sword of Damocles that hung over them.

The more we read about Alejandro Hernandez, the more there was to worry about. The referee from the Canary Islands had a track record for trigger happiness on the cards front. His stats, quite frankly, were chilling.

With five of Scotland’s starting line-up one booking away from a suspension for the play-off semi-final, the home team needed a card-happy whistler like it need a firm kick in the unmentionables.

But here he was, with his 979 yellow cards and his 51 red cards in his 184 games in La Liga and in European competition. An average of 5.32 yellows per game. Not good. Not good at all.

Not when John McGinn – He Who Could Not Be Booked – was one of Scotland’s five on the brink. McGinn, as combative as they come, was the most cautioned player in the Premier League last season and he’s joint-second this time around. So there was concern, but there need not have been.

Not only did Scotland put in a wonderful performance with the ball and a superbly focused one without it, they also played with tremendous discipline. It wasn’t just that none of them were booked, it was that none of them ever put themselves in the slightest danger of being so. They’re all free to play in the semi-final. Alejandro never had it so easy.

The Scotland fans have rarely had it so good. The second goal. From the moment Scotland stole possession from the Danes, the speed, accuracy and class of the counter-attack was deeply impressive.

In a passage of play that was Scotland in microcosm, the brilliant McGinn got hold of the ball in his own half. Seven seconds later, it was in Denmark’s net. It was like something Italy or Belgium or France in their attacking pomp would do. Che Adams’ goal was a thing of beauty, a joy forever.

Numerous times they countered with an elan that was thrilling. At one point they played themselves out of a tight spot with a series of one and two touches that turned defence into attack in a relative blur.

You’d have to go back a long way to find a Scotland team that played with the kind of authority that Clarke’s side produced against Denmark. Again the pressure was on them to deliver. Again they did the job with aplomb.

Clarke got just about everything right on Monday; not just in the team he picked, the tactics he deployed and the motivation he used to get them playing with such ambition and focus, but also in what he did after this uplifting and historic night.

The Scotland manager hardly ever singles out individual players. He’s all about the collective. They’re a team. He made an exception this time. He had many outstanding performers to talk about – Adams, McGinn, the splendid Stephen O’Donnell and the rest – but in describing John Souttar’s story as the greatest of all, Clarke showed his fantastic ability to hit a nail on its head.

Souttar’s tale is one we all know, but it really is quite a wonderful renaissance song. His last involvement with Scotland was an awful experience, a loss to Israel in October 2018 made worse by his red card.

After that, it was a horrific journey through the brutal side of elite sport. A hip injury and 100 days on the sidelines. An ankle issue and 149 days out of action. A ruptured Achilles tendon and 121 days gone. Another Achilles rupture and another 221 days. He had one in 2017, too.

Three Achilles tendon ruptures? Aren’t the Gods trying to tell you something there? Isn’t fate attempting to get it into your head that you’re going to be one of football’s victims? A what-might-have-been story.

Professional sport is insane. The margins are tiny. Scott McTominay, one of Clarke’s preferred options at the back, gets injured. So does Grant Hanley. So Souttar goes from the international wilderness to the bench in Moldova. Then Jack Hendry gets injured and Souttar is in the team. One minute all he can see is Hearts and next he’s scoring for Scotland in front of 50,000 people in a critical World Cup qualifier.

The goal was only part of it, though. Denmark were not packing their A-listers on Monday. No Kasper Dolberg, no Mikkel Damsgaard, no Martin Braithwaite, no Yussuf Poulsen. The ones they did have were largely eaten up by Souttar and chums.

The anticipation of danger among Scotland’s defenders was pin-sharp and Souttar was integral to that. He played with aggression and steely concentration. He made excellent decisions. He talked and talked. He may have been robbed of a lot of time through injury but we’re now seeing the best of Souttar – and he’s still only 25.

In the six wins on the trot, this was the fourth different version of Clarke’s back three. Hendry, Hanley, McTominay, Souttar, Liam Cooper and Kieran Tierney have all started along the way and Scott McKenna has come on.

They’ve delivered five clean sheets in six competitive games. This is quite remarkable. King Arthur’s knights spent less time searching for the holy grail than a succession of Scotland managers have in looking for solutions to their leaky defence. Clarke was the one who cracked it. He’s the footballing Galahad.

It’ll be March before we see this team again. That’s a pity. Time was when you couldn’t wait to see the back of the international window with all the dejection that went with it. Now, the eyes widen and the pulse quickens like a kid in a candy store. There’s so much to see and so much to savour. How sweet it has all become. 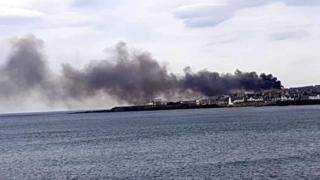 Major fire in Macduff being treated as suspicious 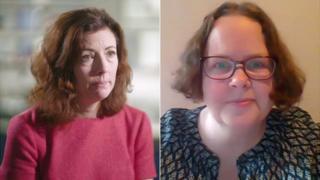