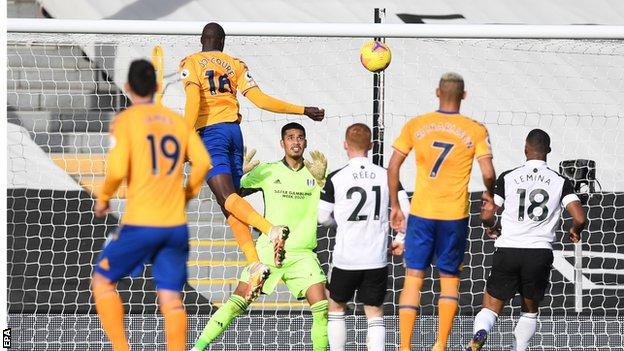 Dominic Calvert-Lewin continued his excellent scoring form with two goals as Everton returned to winning ways in an absorbing encounter with Fulham.

Richarlison made an immediate impact on his return from a three-match suspension by providing the cross for Calvert-Lewin to bundle in after just 42 seconds.

In a dramatic game, Bobby Decordova-Reid equalised for the hosts with a clean right-foot finish before England forward Calvert-Lewin went top of the Premier League scoring charts with his 10th of the season from Lucas Digne’s cross.

France left-back Digne provided another assist before half-time, this time for Abdoulaye Doucoure to head home unchallenged for Everton’s third – and his first since joining from Watford.

Fulham missed their third penalty of the season when Ivan Cavaleiro blazed over in the second half after Ben Godfrey’s foul on Ruben Loftus-Cheek.

Substitute Loftus-Cheek’s deflected finish from Ademola Lookman’s pass set up a grandstand finish but it was not enough to prevent Fulham from sinking to a seventh defeat in nine games.

Everton back on track

This was much harder than it should have been for Everton – so much so that their players greeted the final whistle with evident relief.

After coasting into a 3-1 lead, they were left hanging on as they allowed Fulham a lifeline before finally securing a first win for seven weeks to reignite their campaign.

After a tough run of results, there were many positives for Carlo Ancelotti to take back to Merseyside.

Alex Iwobi has struggled to nail down a regular slot in the side but was dynamic in south-west London.

With Brazil forward Richarlison eager to make up for lost time in his first club game since 17 October and Digne providing a couple of quality assists, Everton dominated Fulham for long periods.

But Ancelotti will be annoyed his side has failed to keep a clean sheet in the league since the opening weekend, Tom Cairney’s pass splitting the defence for Decordova-Reid to score before Loftus-Cheek netted moments after Fulham’s latest disaster from the penalty spot.

With a tough December looming which includes games against Chelsea, Leicester, Arsenal, Manchester City and Manchester United, Everton’s season is at least back on the right track.

After a poor start to life back in the Premier League, there have been signs that Fulham could be turning a corner following a hard-earned point against Sheffield United and victory over West Brom.

Against Everton they were once again authors of their own misfortune.

They gave away possession for the visitors’ opening goal, failed to mark Doucoure who made it 3-1 and suffered yet another failure from the spot.

In their previous game, Lookman missed a Panenka-style penalty with the last kick of the game against West Ham.

With Aleksandar Mitrovic also having missed from the spot this season, Portuguese forward Cavaleiro stepped forward to take responsibility after Godfrey’s foul – and promptly sent it high over the bar with his side trailing 3-1.

Although substitute Loftus-Cheek managed to pull a goal back, Fulham could not find an equaliser and now face daunting games at Leicester and Manchester City before hosting Liverpool on 12 December.

Fulham have more than a week to prepare for their next Premier League game at Leicester on 30 November (17:30 GMT), while Everton host Leeds at Goodison Park on Saturday (17:30). 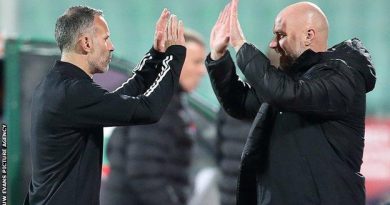 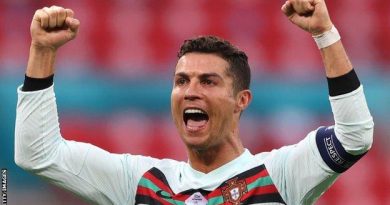