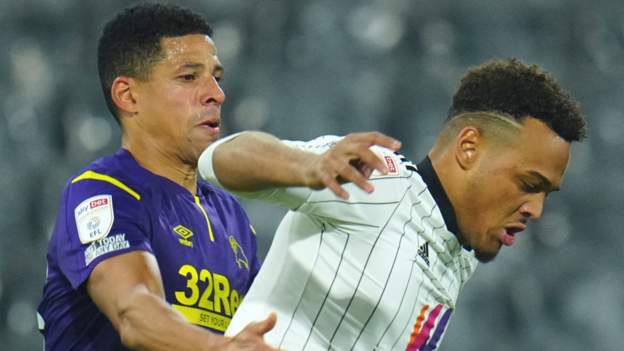 Leaders Fulham were held to a goalless draw by Derby, who have taken four points off the top two sides in the Championship in their past two matches.

In an entertaining first half, Jean Michael Seri hit the post for Fulham, while Derby’s Tom Lawrence went close after a great run by Curtis Davies.

Fulham were dominant after the break as Fabio Carvalho hit the woodwork.

Kelle Roos made a superb save to deny Carvalho, while Davis cleared Rodrigo Muniz’s shot off the line.

The draw ended Fulham’s seven-match winning run and means Derby now have one point to their name following their combined 21-point deduction for breaches of English Football League accounting rules and going into administration.

Fulham were dealt a blow ahead of kick-off when illness ruled out the Championship’s leading goalscorer Aleksandar Mitrovic, who has netted 21 times this season including in each of his past seven league games – and they missed his killer instinct in front of goal.

Derby produced a superb result on Sunday, coming from 2-1 down to beat Bournemouth 3-2 at Pride Park and they may well have felt an equally impressive result was on the cards after a lively first-half performance.

The hosts had the better of the opening exchanges before the Rams burst into life thanks to a terrific 40-yard run by centre-back Davies, who set up Lawrence but his shot was saved by Paulo Gazzaniga.

Lawrence was at the heart of much of what Derby did in the first half and he forced a good save out of Gazzaniga with half-time approaching.

At the other end, Roos had to be alert to parry Neeskens Kebano’s deflected free-kick while Muniz shot just wide.

Fulham came out stronger in the second half and Roos made a good low save to deny Carvalho, who also hit the post.

The Rams – whose last league win at Craven Cottage came in 1969, although they have only shared a division with Fulham for 10 seasons since then – created little after the break, but Lawrence fired wide from long range.

“It’s a good point. The lads have put a lot of effort in during the past two games and they deserve the four points.

“We were pushing at the end. I made changes to try and get three points.

“It wasn’t to be but the lads can hold their heads high. It was a good battling performance and we could possibly have got three points.” 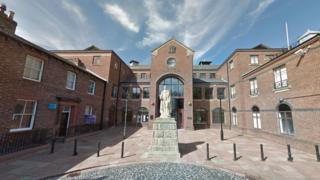 Kirkpatrick-Fleming drink-driver ‘probably will not get licence back’