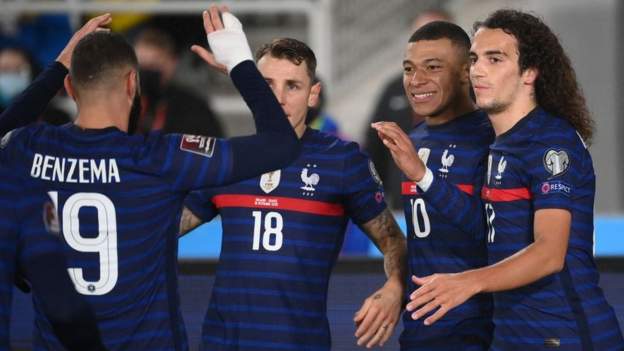 Finland missed out on a play-off spot for the World Cup finals as goals from Karim Benzema and Kylian Mbappe gave France victory in Helsinki.

Finland began the night second in the group but the defeat saw them overtaken by Ukraine, who won 2-0 against Bosnia-Herzegovina.

Substitute Benzema combined with Mbappe for the opening goal for France, who had already sealed top spot in Group D.

In-form Mbappe then scored his fifth goal of this international break.

His strike in Helsinki followed his four-goal performance in the 8-0 win against Kazakhstan on Saturday that sealed his side’s progress to the finals in Qatar.

Reigning world champions France have now scored in their last 18 games, matching a record that dates back to 1999-2000.

Finland were the last team to manage a clean sheet against Les Bleus and it seemed they may repeat the feat, but Benzema’s entrance in the 57th minute led to the end of their hopes.

The striker collected a pass from Mbappe and found the net with a deflected strike nine minutes after his introduction.

“We wanted to finish on a high and we’re happy we did it,” said Benzema. “Now we’re looking forward to the World Cup. With the team we have it’s natural to think about (winning) it.”

France head to Qatar as defending champions having claimed the trophy in Russia in 2018 courtesy of a run that ended with a 4-2 win against Croatia in the final.

Finland’s failure to reach the play-offs continues the country’s record of having never qualified for a World Cup finals. 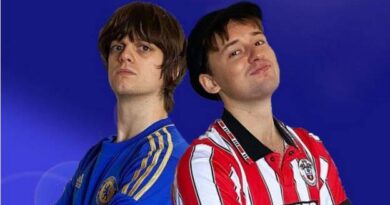 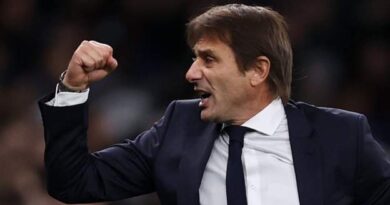