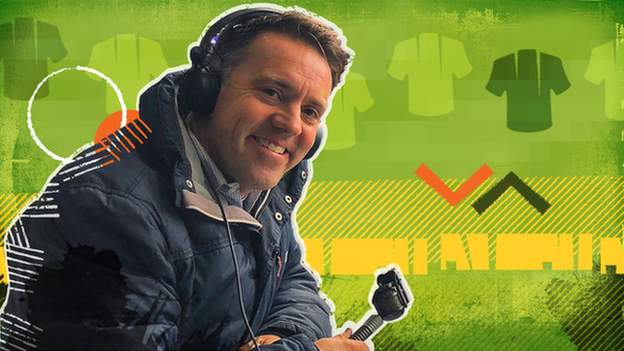 We’ve all found an early Fantasy Premier League Christmas gift under the tree in the shape of an extra Free Hit chip – and it looks as if we’re going to need it.

The powers-that-be have decided to give it to us because of the recent fixture postponements that have played havoc with our team selection and are continuing to do so in gameweek 19, which is just around the corner.

The extra chip doesn’t become available to you until gameweek 20 but if you’ve still got your first Free Hit chip, then you might want to use it straight away with Sunday’s Liverpool-Leeds and Wolves-Watford games called off. More on that in a bit, though.

First, let me remind you exactly what the Free Hit chip is all about – you can make as many changes as you like to your squad within the transfer budget – but at the start of the following gameweek, your team will revert to what it was previously.

I think it can be used defensively or offensively. The defensive strategy is one you might be forced into, as may be the case in this gameweek, where you need it to dig you out of a hole if your squad has been hit significantly by injuries and postponements. The more attacking strategy, though, is to use it in a double gameweek when clubs have two fixtures to play and you can set up a one-off squad to try to maximise your returns.

Ben Crellin is the FPL fixture guru on Twitter – his handle is @BenCrellin – and he is well worth a follow to help your long-term planning. He suggests there’s going to be a juicy double gameweek 22 where clubs will be able to catch up on a Premier League fixture thanks to the scrapping of FA Cup third-round replays.

Manchester United, Tottenham, Leicester, Brentford, Brighton and Burnley are all at least two fixtures behind schedule at the moment, so are very likely to be involved.

That’s where the Free Hit chip works well because it enables us to keep our squad as we like it in the long term – but if that doesn’t include Cristiano Ronaldo, Son Heung-min or Jamie Vardy, then we can hop on to them for one week, in the hope of benefiting from their two bites at the cherry.

It’s also why you need to think very carefully before using your first Free Hit chip in this gameweek if you’ve still got it because you might just get better value out of it further down the line.

See how many players you have who could potentially start in gameweek 19 – for me, that’s currently nine at a push if Michail Antonio is available to face Southampton on Sunday.

If you have two free transfers, then you can get that up to 11 at no cost. If you only have one free transfer, then you’d have to accept a four-point hit to get to 11 players – but that might actually be worth it to hold on to the Free Hit chip.

Yes, your scores might suffer this week compared with those of managers in your mini-leagues who decide to use it, but you can always make up that ground later in the season. Equally, if the postponements continue, you might get to a gameweek when you have only four players available to you and the Free Hit would be far more valuable at that point.

There are suddenly lots of different strategies available to us and that makes the game trickier but more exciting.

For example, another approach to try to rack up a big score in gameweek 22 could be the use of your second wildcard in gameweek 21 and then the use the Bench Boost chip in the double gameweek – with the scores of all 15 players counting towards your total. Target as many double gameweek players as possible on the wildcard but don’t forget, unlike the Free Hit, those changes are permanent so it also needs to be a squad you’re happy with going forward.

Other things to factor into your planning are: The Africa Cup of Nations, which most pertinently will take Mohamed Salah out of action for gameweeks 22 and 23; Chelsea’s participation in Fifa’s Club World Cup, which means they currently have no fixtures in gameweeks 24 and 25; and the fact that in gameweek 21, the top four are up against each other – Manchester City are at home to Arsenal and Liverpool visit Chelsea, and most of our squads are packed with their players.

Salah’s absence certainly makes the FPL landscape more interesting and immediately gives us a decision to make on the captaincy in gameweek 19.

If you’re going with the Free Hit, that could be anyone!

I’d like to finish with a shameless plug for the festive Fantasy 606 podcast, which is now available on the BBC Sounds App. Chris Sutton, Statman Dave and I were joined by comedian and impressionist Luke Kempner, which meant a few famous faces popped in to see us during the show.

Please give it a listen – a Merry Christmas to you all. 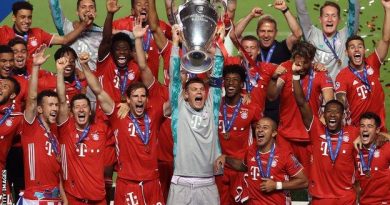 Champions League: Reformed 36-team tournament could be agreed this month 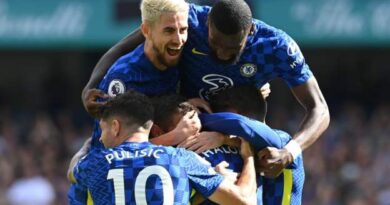