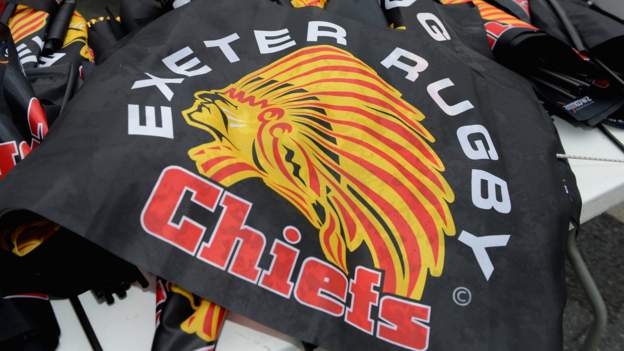 Exeter director of rugby Rob Baxter says the club are taking their time to get their branding decision right.

The Chiefs have come under pressure to stop using Native American imagery on their kit and within Sandy Park.

Glasgow have asked Exeter fans not to wear Native American headdresses to their Champions Cup game on Saturday.

“It’s not something that’s been brushed under the carpet, it’s just we want to get this next stage of everything we do correct,” Baxter told BBC Sport.

“We don’t want to rush into something that we regret at a later date, we want to make sure that whatever we do we get it exactly right and it works for all parties.”

Glasgow are the second side this season, after Wasps in October, to ask Exeter fans not to wear Native American-style headdresses out of “respect for the Native American community”.

The club has come under increasing pressure to do away with the branding, with the matter being discussed at Exeter’s annual general meeting last month.

In July 2020 the club dropped their mascot ‘Big Chief’ but decided to keep their logo of a Native American, while also keeping branding inside the ground such as the ‘Wigwam Bar’.

In the United States, Washington’s American football team chose to drop their controversial Redskins name and logo, while Cleveland’s baseball team have changed their name from the Indians to the Guardians.

“Even though we may be able to make an announcement about what’s happening, we’re not going to be able to completely change all our kit and everything in a day,” said Baxter.

“I will imagine we’ll make an announcement shortly on exactly what we’re doing, but there’s not a lot of immediate change we can make.

Coronavirus: 'I don’t like doing it but I do it to survive' 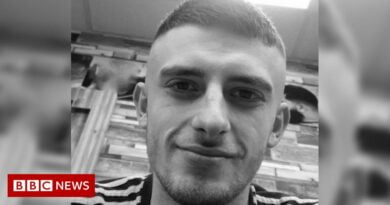