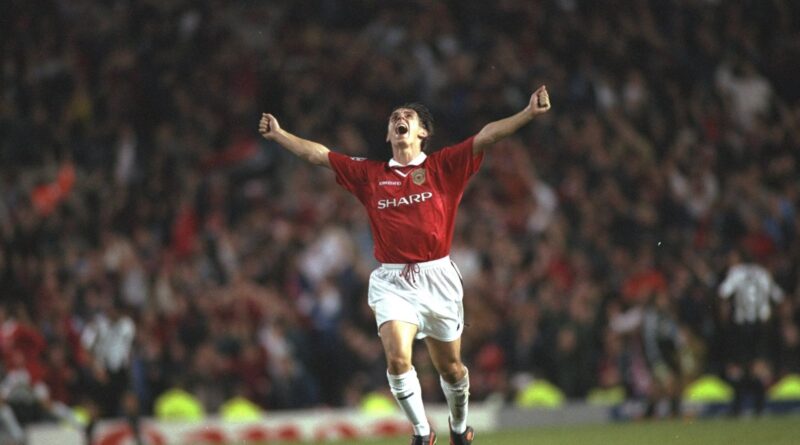 He might have been better known for marshalling the right flank during his football career, but former England defender Gary Neville has crossed to the left in politics by joining the Labour Party.

The ex-Manchester United full-back, who has been a fierce critic of Boris Johnson and the government during the COVID pandemic, revealed he joined Labour “in the last few days”.

Neville’s membership of the party was welcomed by Labour shadow cabinet ministers Anneliese Dodds and Lucy Powell, with suggestions the former footballer could even one day make a bid to become Greater Manchester mayor.

Great to have you on the red team. 🌹

Speaking to the BBC’s Political Thinking podcast, Neville said: “I have joined the Labour Party in the last few days. I want to support Labour.

“I do believe that we need a progressive Labour Party, but one that actually not just looks after the left side; it has to come towards the centre.”

On whether he would ever want to stand for office, Neville added: “It doesn’t feel like something that I’m going to do.

Although Neville did not rule out ever running for an elected role, he also predicted he would get “eaten alive” in frontline politics.

“I don’t know what Whitehall is like, Westminster is like, I can only imagine what you have to do there to survive and I don’t play the game,” he said.

Ms Dodds, the Labour Party chair, gave a “very warm welcome to Labour” to Neville in a Twitter post, adding: “Great to have you on the red team.”

And Ms Powell, the shadow culture secretary, said she was “very pleased” the 46-year-old had “finally joined Labour”.

“It’s something he and I have been discussing for a while,” she added, as she responded to Neville not ruling out a run for elected office in the future.

“Personally think he’s more than capable of navigating (well, steaming) his way through the world of politics! Look forward to helping.”

After ending his playing career, Neville went into coaching and was sacked as manager of Spanish club Valencia in 2016.

He has since focussed on his work as a Sky Sports pundit and his business ventures, including as a property developer.

Along with a group of other ex-Manchester United players, known as the “Class of 92”, he is also co-owner of League Two football side Salford City and a co-founder of a higher education institution, known as University Academy 92.

In his frequent criticism of the government’s handling of the COVID crisis, Neville has also mocked the prime minister over the current “partygate” row engulfing Number 10.

In a recent post to his five million Twitter followers – and in reference to a famous former Manchester nightclub – Neville wrote: “No 10 Downing St should be renamed ‘Hacienda’.”

Theresa May: My thoughts and prayers are with Boris