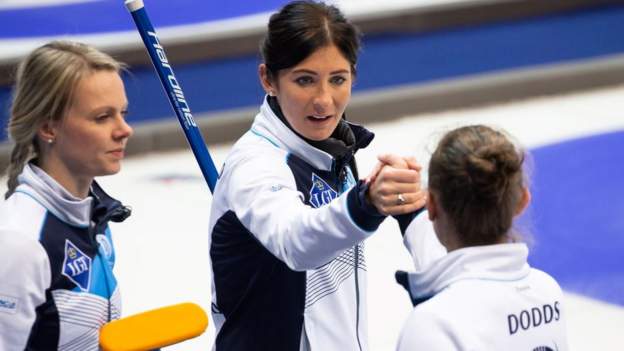 Scotland’s women continued their winning start at the at the European Curling Championships in Lillehammer, Norway, by seeing off Sweden.

Eve Muirhead’s rink came from behind to seal an 8-5 success after day one victories over Russia and Denmark.

In the men’s event, Scotland have also made the perfect start as skip Bruce Mouat engineered wins over Finland and Italy on Sunday.

Mouat, a world silver medallist this year, won European gold in 2018, his debut year at the tournament.