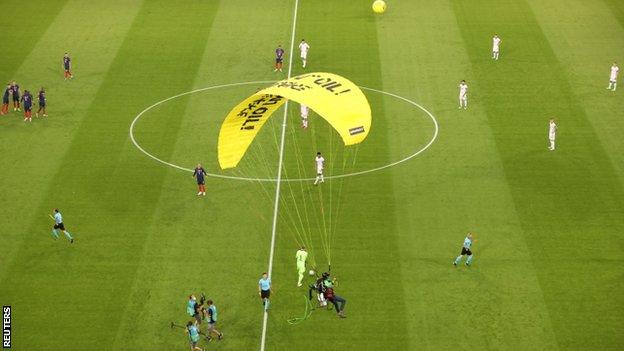 Several people have been taken to hospital to receive treatment for injuries caused by a protester who parachuted into the Allianz Arena during France’s win over Germany.

European football’s governing body Uefa said “law authorities will take the necessary action” for what it called a “reckless and dangerous” act.

Debris fell on to the pitch and stands when the parachutist got tangled in wires carrying an overhead camera.

The man landed heavily on the pitch.

He had the words “Kick out oil Greenpeace” written on his parachute and was given medical attention before being escorted away by security.

France head coach Didier Deschamps was seen ducking out of the way of a large piece of equipment near the dugout.

A Uefa statement said: “This inconsiderate act – which could have had very serious consequences for a huge number of people attending – caused injuries to several people attending the game who are now in hospital and law authorities will take the necessary action.

“The staging of the match was fortunately not impacted by such a reckless and dangerous action, but several people were injured nonetheless.”

France won the game 1-0 courtesy of Mats Hummels’ own goal in the first half. 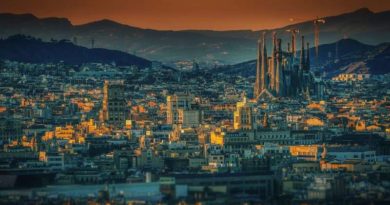 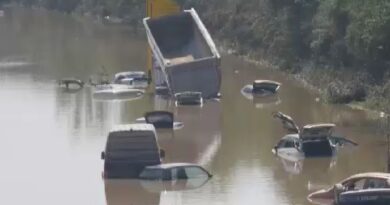