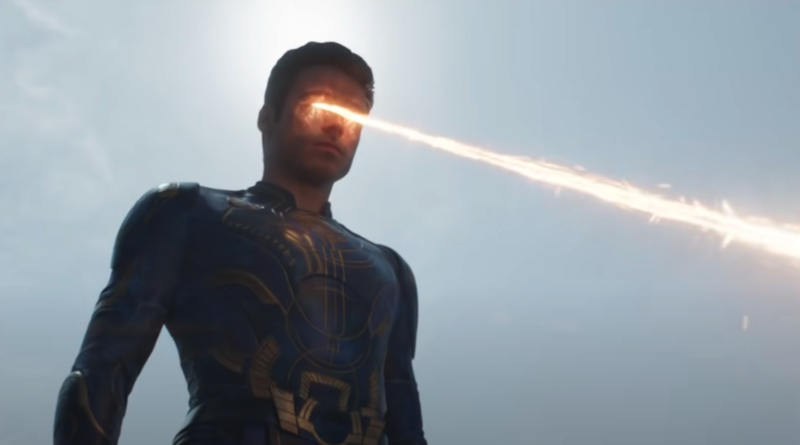 The movie takes place after Avengers: Endgame, when billions of vanished people returned after a five-year absence and the world is suddenly feeling pretty crowded. We’ll also have a separate article diving into the post-credits scenes, if you want to jump straight to those.

It’s time to get into the cosmic ending, here come the SPOILERS.

This is a complicated one, so let’s take a look at the revelations earlier in the movie to make sense of it all. If you just want to know what happens in the ending, scroll straight down to the “Emergence averted” section.

After wise leader Ajak (Salma Hayek) is killed by the Deviants, Sersi (Gemma Chan) is elevated to the role of Prime Eternal and the Celestial Arishem reveals the real nature of the group’s mission on Earth in one of the movie’s slightly overwhelming plot dumps.

New Celestials — ancient, god-like entities with incredible matter and energy manipulation abilities — are created by seeding planets and allowing life to flourish on that world. The energy of living beings allows the Celestial to grow and ultimately break out of their planetary shells, a moment known as the Emergence. That world is destroyed in the process, which seems a bit rude.

The concept was used in the 1999 comic book storyline Earth-X, which takes place in nasty dystopian version of the Marvel Universe.

Deviants were originally sent to planets to kill predators and allow life to spread so there’d be sufficient energy for the Celestials to emerge, but they went out of control and slaughtered indiscriminately.

The Eternals believe they’re from the world of Olympia, but they’re actually synthetic beings created by the Celestials at the World-Forge and sent to wipe out the Deviants (meaning one creation was sent to stop another). Their memories are wiped after each Emergence, and they’re sent off to a new planet to do it all again.

Earth’s Eternals were responsible for ensuring that the Celestial Tiamut could grow deep within the Earth’s crust and break out when the time was right, but Prime Eternal Ajak was the only one aware of their true mission. She revealed it to second-in-command Ikarus (Richard Madden), who reckons her desire to stop Tiamut’s Emergence is a betrayal of their mission and will prevent the births of billions of beings through the next Celestial seeding process.

Herein lies the movie’s connection to Avengers: Endgame — Thanos’ Snap delayed the Emergence because it erased much of the life energy Tiamut would have used. When Hulk brought the lost half of the population back, that energy returned and the Celestial geared up for his Emergence.

Which makes you wonder why the Celestials didn’t order the Eternals to help in the battle against Thanos, since the villain’s machinations interfered with their plans.

Ajak’s team believed that they’d wiped out all the Deviants on Earth, but Ikarus discovered some that had been frozen in ice and went unnoticed. The beasties thawed out, and Ikarus slayed his boss by pushing her into their lair.

Deviant leader Kro stole Ajak’s healing powers as he killed her, and decided he wanted to take the rest of the Eternals’ abilities (yum yum). He does so with Gilgamesh and almost gets Thena towards the movie’s conclusion, but she manages to slice him up at the last second.

If the Deviants plotline feels like a non-sequitur, it’s because they served as little more than a distraction for the other Eternals while Ikarus makes sure the Emergence can happen.

After discovering that Ikarus is responsible for Ajak’s death, Sersi, Thena, Kingo, Makkari, Druig and Phastos resolve to stop the Emergence. However, the eternally young Sprite (Lia McHugh) decides to join Ikarus because she’s fancied him for centuries.

Ikarus and Sprite try to protect Tiamut as he emerges in the Indian Ocean, but are overcome by their former teammates. Sersi leads her allies in forming a Unimind — where one Eternal’s abilities are supercharged by drawing on the group’s energy — and her matter transmutation power is turned up to 11. Tiamut, whose power was drawn into the Unimind as well, freezes mid-Emergence.

This apparently kills him and saves Earth, but there’s a giant dead Celestial poking out of the sea (which will make an excellent background for tourists’ selfies).

Emotional after being dragged into the Unimind, a tearful Ikarus tells Sersi he’s sorry and flies into the sun — which seems like a pretty dramatic way to prove his regret is sincere. The treacherous Eternal seemingly burns up as he reaches the star.

Sersi offers to use her temporarily juiced-up powers to turn Sprite human, which will let her grow old and have a family. The young-looking Eternal accepts, but she isn’t wild about the idea of going to school as a normal child (school would be pretty dull for someone who’s already lived multiple lifetimes). It also allows teenage actor Lia McHugh to return to the role, since the character can look older in future appearances.

Thena, Makkari and Druig decide they’re going to track down Eternals on other planets, to reveal their origins and the fact their mission will doom their host world’s inhabitants.

“The truth will set them free,” Makkari says before they take the team’s ship out into the galaxy.

We’ll check in with them again in the movie’s post-credits scene, but the Eternals staying on Earth have another problem…

Sersei returns home to London and picks up with her human boyfriend Dane Whitman (Kit Harington). He prepares to tell her about his “complicated” family history, but is interrupted by the dramatic appearance of a Celestial above Earth.

Arishem plucks Sersei, Phastos and Kingo off Earth, telling them he’s annoyed that they killed Tiamut but plans to spare their adopted world for the moment (which seems super nice of him). He’s going to take a deep-dive into our history by scanning their memories, then decide if it’s worthy of survival.

“And I will return, for judgement,” he says ominously.

It’s probably not great that a bunch of Sersei’s recent memories will be about her adventures on social media — that isn’t exactly us at our finest.

Considering how complicated the movie’s plot was, the resolution seems pretty straightforward — it mostly served to set up the Celestials as a major threat for Phase 4 of the MCU. A sequel will likely see the Eternals going to free their allies from Arishem on the World-Forge (this plotline may also develop in Guardians of the Galaxy Vol. 3)

Despite Makkari’s belief that other Eternals will reject their mission once they know the truth, it may not be that simple. Like Ikarus, they might think the countless trillions of lives created by the Celestials’ seeding process outweigh the billions wiped out by the Emergence.

It’s a pretty fascinating moral conundrum. Kingo believed in the mission the Celestials gave them, but decided to remain loyal to his friends rather than joining the murderous Ikarus. Phew, it would’ve been pretty devastating to watch the delightful Kumail Nanjiani go bad.

Even though Ikarus seemingly self-immolated, it’s possible he could return. In the comics, fallen Eternals are resurrected using an Activation Chamber located in Antarctica — the character’s comics counterpart was revived this way in writer Kieron Gillen’s current Eternals comic series. 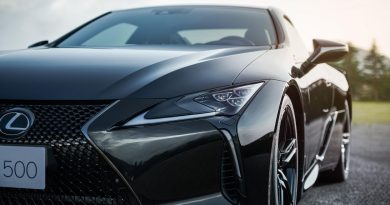 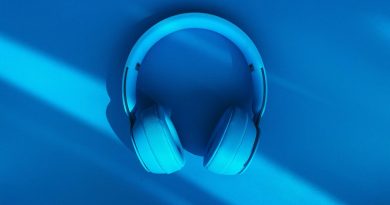 Tests are under way to confirm that the remains belong to missing student Kyle Wade Clinkscales. Read more BBC News