England signed off on 2021 in style as they outfoxed and outfought 2019 Rugby World Cup final conquerors South Africa in front of a rapturous Twickenham crowd.

England had leapt out to a 17-6 lead midway through the first half as Manu Tuilagi and Freddie Steward crossed for the hosts.

But Handre Pollard’s boot kept the Boks in the fight as they turned the screw after the break.

Raffi Quirke finished off an incisive attack for England, but the world champions’ mix of rock-solid mentality and physicality seemed to have won it when Makazole Mapimpi went over out wide on 69 minutes.

However, England fought to the death, as head coach Eddie Jones predicted they would have to, and fly-half Marcus Smith held his nerve to slot the decisive penalty in the 79th minute.

After a miserable fifth-place finish in the Six Nations earlier this year, the scalp of the world number ones and world champions is the biggest validation yet of the head coach’s tactical reboot.

As Smith finally booted the ball dead after a nerve-jangling wait for referee Andrew Brace to rule on an aerial contest in the shadow of England’s posts in the final passage of play, it felt like a landmark win.

One that points the way away from 2019’s defeat in Yokohama and towards the promise of what might be in France in 2023.

England tore into their opponents in the first half, with a performance that buzzed with energy, invention and no little confrontation.

Jamie Blamire’s first line-out as England’s starting hooker was a clever trick play, bulleted to a grounded Maro Itoje inside the Springbok 22m.

The breakthrough try arrived shortly after as Smith and centre Henry Slade’s quicksilver hands beat the Boks’ blitz and gave Tuilagi a run into the corner that the covering Pollard was never going to stop.

South Africa arrived at Twickenham with the summer’s Lions series victory still fresh in the memory. However, they have looked vulnerable at times in 2021 to a backline that can outflank their defence.

Australia beat them twice in a week back in September with the canny Quade Cooper at the wheel, while Finn Russell’s eye for space frequently opened them up against Scotland at Murrayfield last weekend.

Even when England’s front row were crumpled at a scrum on halfway, Blamire’s hook and Ben Youngs’ smart pass moved the ball away fast to create the hosts’ second try, with Smith, Slade and Steward freeing Max Malins, on in place of the injured Tuilagi, to scamper down the left wing.

South Africa covered back without fully recovering and Steward made the most of his 6ft 5in frame to punch over from short range.

When Smith kicked a penalty for a 17-6 lead after 24 minutes, England’s brave new world seemed almost surreal. Swing Low rang round the stands, the opposition were on the ropes and the hosts were crowing.

But it was never going to be so easy for long.

Pollard’s boot, although far from perfect, chipped away at the lead, and the introduction of Vincent Koch, Malcolm Marx and Steven Kitschoff – the fabled ‘Bomb Squad’ front row replacements – seemed to sap England’s belief.

Pollard slotted another penalty to sneak South Africa to 17-15 – just two points behind – with 25 minutes remaining.

England’s scrum was suddenly stuck in reverse and South Africa, who have trailed in their past seven Tests, came on strong.

But such situations are the crucibles in which teams are bonded and names made.

England’s young stars stood up. Malins threw himself under the wheels of a driven maul to hold up South Africa over the line before Quirke’s superb supporting line took him under the posts from Joe Marchant’s break.

Mapimpi’s score and Frans Steyn’s penalty seemed to have finally squeezed England out of the contest, but as tempers frayed and lactic burned the hosts landed the final punch.

South Africa infringed on the floor at the end of a scrappy passage of play and, with 15 seconds left on the stadium clock, Smith kept his cool from straight in front to bisect the sticks. 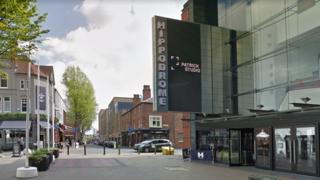 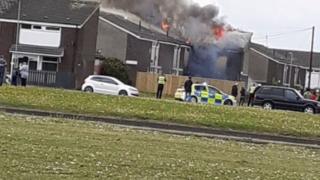