Emmanuel Macron has changed one of the colours of the official French flag, opting for a darker shade of blue.

The French president’s administration quietly introduced the navy blue over a year ago, and until now there was no explanation given.

A member of staff from Mr Macron’s administration told French news sites Europe 1 and CNews that there were a couple of reasons for the change.

“There are aesthetic reasons, this blue is more elegant,” they told the websites.

But they also said the “very political” decision was made “to revive a symbol of the French Revolution”.

France has used both lighter and darker hues of blue on its flag for decades.

The country’s navy and many official buildings have long used navy, but the French state introduced a lighter blue to match the colour of the EU flag under then-president Giscard d’Estaing in 1976.

Mr Macron’s Elysee Palace did not formally announce the change, but told Europe 1 and CNews the decision was made on 13…

George Floyd death: Ex-officer Chauvin will not take the stand 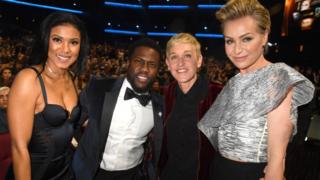 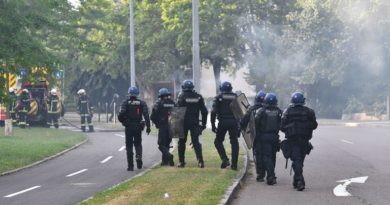