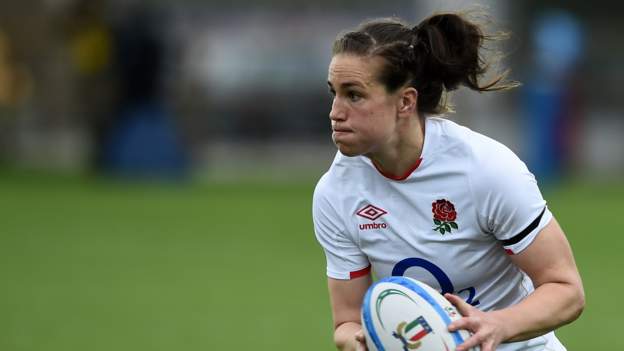 Head coach Simon Middleton says England have not “found a solution” to playing without Emily Scarratt, who is out for four to six months with a broken leg.

The injury, sustained in a league game at the start of September, came just over a year before the World Cup.

Scarratt, 31, is one of the best players in the world and Middleton had been looking for back-up for the centre even before she was hurt.

“Have we found a solution? No, not really,” he told BBC Sport.

Middleton is hoping Scarratt will be back in time for the Women’s Six Nations, which is once again expected to take place in April.

The Loughborough back suffered a compound fracture just three minutes into a match against Harlequins and later had surgery.

Middleton pointed out England had tried to play without Scarratt against France in last year’s autumn internationals, when Zoe Harrison and Lagi Tuima started at centre.

The Red Roses fell behind in that game and managed to stage a comeback when Scarratt and other experienced internationals came off the bench, with the world player of the year’s penalty winning the match with the last kick of the game.

“We have been trying to find a solution to not having Emily Scarratt in our side for a long time,” Middleton added.

“We’re closer to it, but our last real close look at that was against France at Twickenham. We weren’t quite ready and we had to bring the players on to sort it out.”

World Cup ‘could happen’ for some new players

As well as Scarratt, the Red Roses will have to prepare without their starting scrum-half Leanne Riley, who has an ankle injury.

Bristol’s Riley may return for some of the later autumn games and, in the meantime, Wasps’ Claudia MacDonald and Exeter’s Flo Robinson are likely to fill the void.

England’s squad for the autumn internationals will be named on 7 October and will include details on which 28 players have been awarded full-time contracts this season.

With the postponed World Cup beginning on 8 October 2022, Middleton is already excited about some new faces who could expect a call-up.

“There are some good players coming through, who are really sticking their hands up on the field,” he said.

“I think the contracted players know there is competition looking over their shoulder. 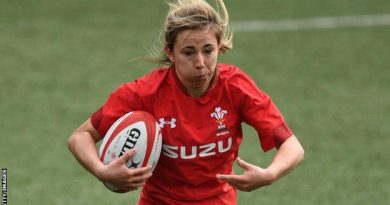 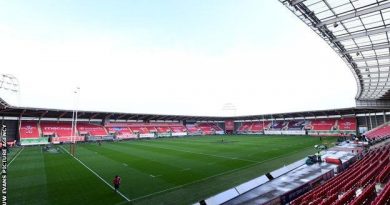 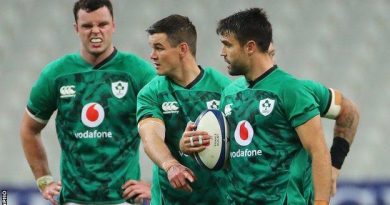