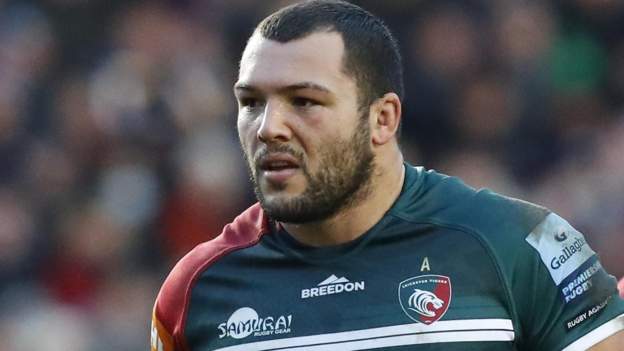 England prop Ellis Genge has decided to leave Premiership leaders Leicester Tigers at the end of the season.

A club statement said Genge had indicated he “will not be activating an option in his contract to remain” at Mattioli Woods Welford Road.

The 26-year-old joined the Tigers from Bristol in 2016 and was named club captain in the summer.

“This is a personal decision for Ellis, which I know has not been easy for him,” said head coach Steve Borthwick.

“It has been a great privilege of mine to work with Ellis over the past five years, first with England and even more closely since I joined the club.

“We have a long way to go this season and Ellis is fully committed to finishing his time at Leicester Tigers in the same professional, passionate way he has during his six seasons at the club.”

Genge’s decision to leave Leicester comes just a month after fly-half George Ford agreed a deal with Sale Sharks to join them for next season.

“I’ll be forever grateful for what this club has given me,” said Genge.

“The club has been amazing in understanding my reasons for this decision and I will continue to give everything I have got for the boys and the fans of Leicester Tigers for the rest of this season.”

Leicester have won all 12 games in all competitions this season and will try to make it 13 in a row in Sunday’s home European Champions Cup game against Connacht.

A decision to ‘surprise and shock’ Tigers fans

This is a decision from Genge what will surprise and shock many Leicester supporters, particularly as he was named club captain just five months ago.

The England prop has become emblematic of Leicester’s successful season so far. Tigers have shown his fierce determination to win, passion and fieriness in winning their opening 12 matches, and he has established himself as a successful leader, and one of the best players in his position in the country.

As an immensely popular figure at Welford Road, both his personality, and quality on the field will be missed.

If, as is rumoured, he will opt for the comforts of home in Bristol next season, Genge, as well as George Ford, will be the second key player in a month to do so.

Fans may be forgiven for asking why a successful team appears to be losing some of its best players. 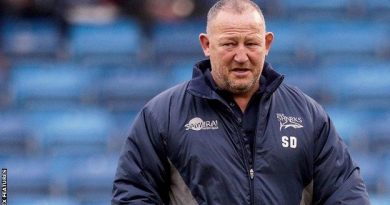 Ireland: Sexton and Henshaw return to training but Burns and Lowe out of Scotland game 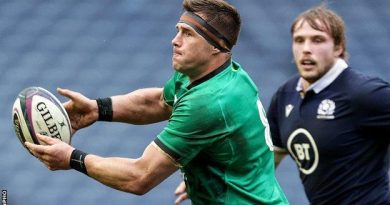 CJ Stander: Ireland and Munster back row to retire at end of season