Edinburgh City have called for league reconstruction while confirming they voted against the SPFL’s resolution last week.

A ballot on halting the lower league season remains incomplete with the result hinging on Dundee.

City, who sit second in League Two, said expanding the top four leagues would “create winners and no losers”.

Scottish football has been suspended until 10 June at the earliest due to the coronavirus pandemic.

They have also asked for an immediate distribution of a “large percentage” of prize money to cash-strapped clubs.

On their no vote, the club said: “We felt that teams being denied the opportunity of promotion or facing relegation would not be in line with the philosophy of “Sporting Integrity.

“We strongly advocate league reconstruction featuring an increased premiership with promotion from each division, including the winners of the Highland and Lowland leagues joining the SPFL.

“This would be a solution which creates only winners and no losers.

“It is also our view that there is no clear reason why prize money – or at least a large percentage of it – could not be paid out immediately given these exceptional circumstances.” 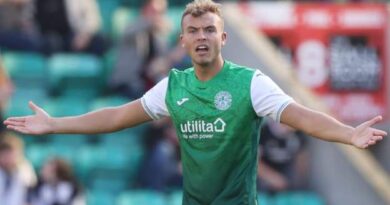 Covid in Scotland: Glasgow's economy to be worst hit

Snow warnings spread out across Scotland for six days