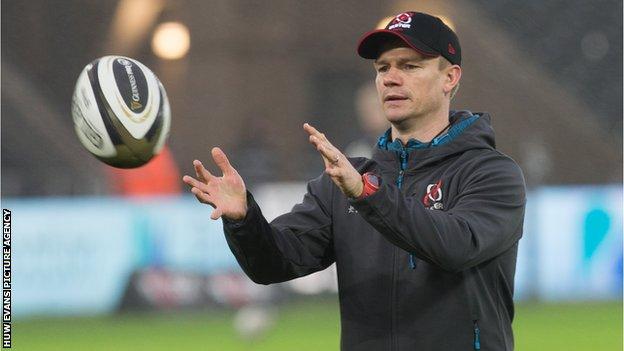 
Scarlets chairman Simon Muderack says he believes former scrum-half Dwayne Peel will return to coach the region at “some point in time.”

Peel was due to come back to Wales from Ulster this summer after signing a Cardiff Blues deal.

He is now thought to be weighing up a move to return to Parc y Scarlets instead of linking up at the Arms Park.

When asked about a Peel potential return, Muderack said: “It’s a fan’s dream, isn’t it?”

“Anyone from the Scarlets region wants our local heroes to come back to the club at least at some point.

“So when you’ve got someone of Dwayne’s calibre, when he’s on the move, there’s going to be a lot of speculation.”

It was announced in December Peel would join the Cardiff coaching staff from Ulster this summer when he is due to become the senior assistant coach ahead of the 2021-22 season.

Since his Cardiff appointment was unveiled, head coach John Mulvihill has left with interim director of rugby Dai Young taking over.

Cardiff expect Peel to honour his three-year deal but Muderack has not ruled out a future return for the former Wales scrum-half at his home side.

“You have to believe at some point in time Dwayne’s going to come back to the club,” Muderack told the Scrum V podcast.

“Who’s to say if it’s going to be now or some point in the future? I talk to a lot of people, so why would I not talk to Dwayne Peel occasionally?

“I can’t speak for what is in the mind of Cardiff supporters. Since the beginning of this season a lot has changed in the coaching set-up of Cardiff.

“It is for them to work through what their coaching set-up for next season looks like and that is not something I can control.”

Under the current head coach Glenn Delaney, Muderack watched Scarlets being hammered 57-14 at home by Sale in the Heineken Champions Cup last 16 tie.

“No excuses, we acknowledge it was not good enough and we have to take responsibility and do something about it,” said Muderack.

“We’ve talked extensively, the entire coaching group accepts responsibility and we had a lot of senior players on the field too who need to accept responsibility.

“There’s no doubt reintegration of the players coming back from international camp is a challenge. Tom Curry was the only player coming back into that Sale squad.

“They come back pretty exhausted. They’re decompressing, it takes a run of games before you can build that cohesiveness.

“We had boys on that field on Sunday who were making Welsh rather than Scarlets calls, they were getting confused.

“Those are the things that happen when you’re under pressure and adjusting to a new environment, so there are many challenges that are caused with the structure of the season.”

The contrast between international success and regional struggles is not new.

Two weeks after Wales won a sixth Six Nations title since 2000, all four regions crashed out of European competition with defeats against English sides.

Since European competition began in 1996, Cardiff Blues are the only Welsh team to have claimed silverware with a couple of second tier Challenge Cup successes in 2010 and 2018.

Muderack highlighted the Scarlets’ budget compared with sides like Leinster and Toulon.

“The money’s not infinite, you have to deal with what you’ve got,” said Muderack.

“In a Leinster squad it’s £13m-£14m, ours is about £8m which is pretty decent. But when you consider about £5m of that relates to the international players, we get a net match day squad of about £3m which is one of the lowest in the league. Benetton spend about 10 million euros on their squad and coaching staff.

“We are inefficient. At our peak this season we were up to 65 players in our squad. At that point we had 20 players off sick or injured and 17 players away on international duty.

“Leinster are able to do it because of the support they get. They run two teams, two entire squads.

“When we played Toulon away last year and nearly snuck it, their budget was between 27 and 28 million euros.

“So we can compete, we deliver better value for money on a pound by pound basis but the reality is often we are competing with a £3m squad.

“That was not the case this past weekend. That squad was together for the first time in a long time.”

Scarlets have the biggest Welsh budget due to having the most Welsh internationals in their squad. The Welsh Rugby Union pay 80% of the salaries of the top 38 players in the country.

“It’s a bit of a myth that it’s commercially advantageous to have those Wales players,” said Muderack.

“We still need to pay 20% of their salaries and when some of those boys are playing for you twice a season, they’re expensive.

“Someone like Sione Kalamafoni costs a 10th on a per game basis than several of our Wales internationals.

“We also didn’t receive significant payment for the international boys this year. We took an 88% reduction in our central funding. That’s on top of them being away for longer periods of times. We have been hammered on several fronts.

“It’s fantastic to watch Wales’ success and it has lifted the nation and given us a lot of joy but financially supporting Team Wales this year has been a considerable burden.”

Muderack compared the Welsh region’s plight to their English counterparts.

“We are appreciative of the Welsh government support with a £2.7m grant for each region,” said Muderack.

“We banked the cash last week so it’s been a big help.

“In England, Premiership Rugby Limited have received loans of up to £8.5m per club over a 20-year period.

“Coming into Covid they’d each banked individually as clubs £12.5m of CVC investment into the PRL. So that’s £21m per club.

“We have received that Welsh Government grant and in the case of the Scarlets we have taken on liability for a £5.5m loan which needs to be paid back over the next couple of years.”

Muderack outlined his vision for a more successful future in Europe.

“We have to find a way to compete,” he said.

“We’ve got to be more efficient, disciplined and make tough decisions. Further investment into the professional club game is required.

“We need a three-year rolling plan so we can build squads and invest in players and people.

“The WRU needs to focus on investing in the rugby product. We, the clubs, need to manage and assert ourselves within the competitions we exist in and not defer to communicate through the union.” 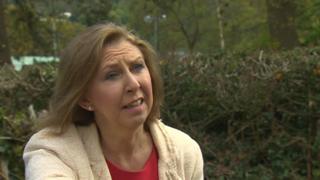 Alexei Navalny’s doctors say they have been denied access to him in jail, as his health is thought to be