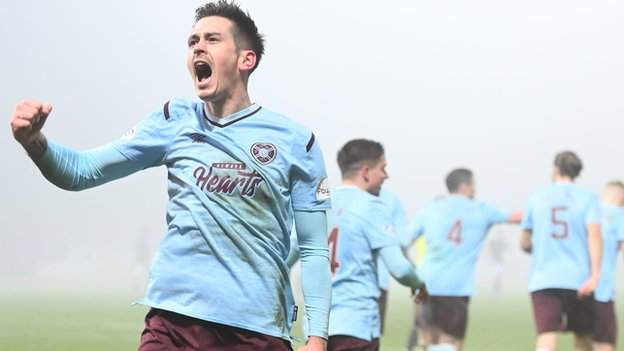 Jamie Walker’s goal ensured Hearts remain clear in third place in the Scottish Premiership after they overcame a depleted Dundee at Dens.

Robbie Neilson’s side made hard work of beating a team missing a glut of first-team players, but Walker latched onto a rebound deep into the second half after Aaron McEneff’s deflected shot had hit a post.

It was Dundee’s fourth defeat in a row, with second-bottom Ross County closing the gap to within a point, with they and St Johnstone having a game in hand.

Hearts remain six-points clear in third after their third win in six games.

Women rescued from island off Arisaig after being cut off