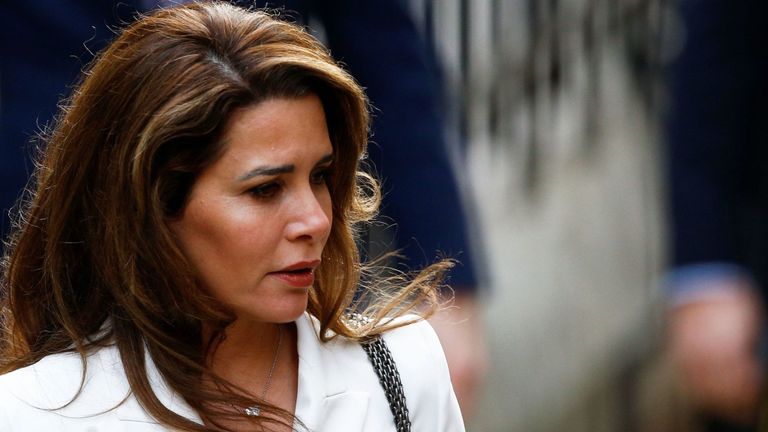 A British judge has found that the ruler of Dubai is responsible for the kidnapping and detention of two of his daughters, including Princess Latifa.

The explosive revelations have emerged following a press battle to reveal the high court judgements made in the dispute between Sheikh Mohammed bin Rashid al Maktoum and his wife Princess Haya bint al Hussein.

The judgements also stated the Sheikh conducted a campaign of harassment and intimidation of his former wife Princess Haya, including:

The judgements were made by the president of the family division of the high court, which is a civil rather than criminal court.

The findings were established by Sir Andrew McFarlane to determine the welfare issues surrounding the couple’s children, who are currently wards of the court.

Princess Haya, a former Olympian, left Dubai last year and has been living in London with their two children since May. The pair married in 2004.

The judgement explains the pair had “apparently not enjoyed an intimate relationship with each other for a significant period of time” but “their relationship remained cordial and, seemingly, mutually supportive.”

It goes on to reveal that around three years ago, Princess Haya began a relationship with one of her male bodyguards, which the Sheikh became aware of.

The billionaire prime minister of the UAE, 70, did not attend any of the London court sessions, while Princess Haya, of Jordan, 45, was present at each hearing flanked by her star lawyer Fiona Shackleton, who previously handled the divorces of Prince Charles and Princess Diana as well as Paul McCartney and Heather Mills.

The judge made considerations for the couple’s children by assessing allegations made by Princess Haya and at least two witnesses around the fate of two of the Sheikh’s adult children – Sheikha Latifa bint Mohammed Al Maktoum and Sheikha Shamsa bint Mohammed bin Rashid Al Maktoum.

Both princesses share the same mother, who is not Princess Haya.

The fate of princess Latifa has been closely followed by the media after she disappeared from public view two years ago when she attempted to flee her family in Dubai.

Before her botched escape, Latifa recorded a video which was subsequently released in which she made a number of allegations of abuse at the hands of her father.

The 34-year-old has not been seen in public since 4 March 2018. Photos of her with former human rights chief Mary Robinson were released by the Dubai royal family on Christmas Eve later that year.

Princess Latifa’s case sounds stranger than fiction, but has been accepted by Human Rights Watch and Amnesty International, while the UN group on enforced disappearances has continued to hear evidence on her case.

Her story has now also been accepted as true by Sir Andrews’ ruling.

She attempted to escape with the help of a French former spy Herve Jaubert, who it is alleged was expecting to receive a large sum of money for his involvement. She also fled with long-time friend and martial arts coach Tiina Jauhiainen.

After fleeing through neighbouring Oman, Latifa made it onboard Mr Jaubert’s boat, The Nostromo, and set sail for the Indian coast.

The yacht was intercepted and those on board say they were beaten by men who boarded the ship and then detained in the UAE.

Princess Latifa was taken onto a helicopter and not seen again in public.

The Sheikh says taking Princess Latifa back to Dubai was a rescue mission, and that he feared she had been mislead by others.

Her sister, Princess Shamsa, was abducted off the streets of Cambridge in 2000 and forcibly returned to Dubai.

According to a statement in the judgement, the Sheikh says he was worried about Princess Shamsa’s welfare and they when she was brought back to Dubai he had an “overwhelming relief that she was safe and had not come to any harm.”

A statement issued on behalf of the Sheikh regarding the court judgments said: “This case concerns highly personal and private matters relating to our children.

“The Appeal was made to protect the best interests and welfare of the children. The outcome does not protect my children from media attention in the way that other children in family proceedings in the UK are protected.

“As a Head of Government, I was not able to participate in the Court’s fact-finding process, this has resulted in the release of a “fast-finding” judgement which inevitably tells only one side of the story.

“I ask that the media respect the privacy of our children and do not intrude into their lives in the UK.” 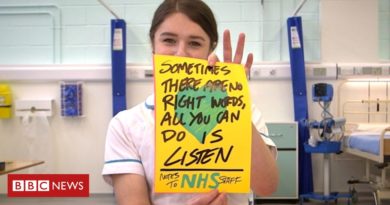 The poster project spreading ‘happiness and kindness’ to NHS staff 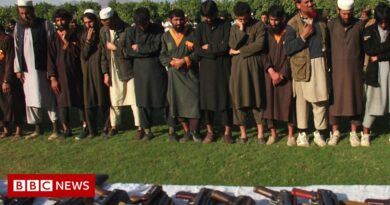 Who are the group that attacked Kabul airport?