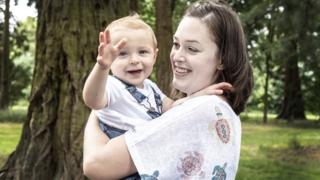 A woman whose endometriosis went undiagnosed for 17 years has received £500,000 compensation.

Frances Bell was 14 when she first went to hospital with symptoms in 1997 but was told she had irritable bowel syndrome (IBS).

She eventually received a diagnosis in 2014 but by then she was infertile and needed extensive surgery.

The trust agreed Mrs Bell, now aged 37, should have had an exploratory laparoscopy – a procedure to examine her abdominal organs – when she was 18.

At the time she had gone to a number of GP and hospital appointments due to stabbing pains in her uterus and pain during bowel movements.

“When I was told my classic endometriosis symptoms were exaggerated and imaginary, I felt forced to accept it,” said Mrs Bell from Mickleover, Derbyshire.

“This led to 17 years of pain, misery, and an eventual diagnosis of infertility.

“I have to live with the consequences, caused by a total lack of investigation by two medical professionals.”

Mrs Bell continued to experience pain and a laparoscopy was eventually undertaken in 2015.

It is then that doctors discovered she had Grade 4 endometriosis which had spread around her ovary and bowel.

The severity of her condition meant she could no longer conceive naturally and needed a hysterectomy and bowel resection.

Mrs Bell said the “easily preventable” situation had devastated her life, although the birth of her son Harry in 2018, through IVF, had provided a “happy ending”.

“I have spoken to dozens of other women who felt they have been grossly let down in similar circumstances,” said Mrs Bell.

“Often, like me, they had diagnosed themselves perfectly, yet no one would take them seriously.”

“She was treated quite patronisingly and as a result her endometriosis was left to become much more severe and that has adversely affected her life in many ways,” he said.

The NUH Trust admitted a laparoscopy should have been done years earlier, but argued that Mrs Bell also suffered from IBS which was responsible for the bulk of her problems.

Endometriosis UK said Mrs Bell’s story is “not untypical” and women’s pelvic pain “must be taken seriously” for appropriate treatment to be given. 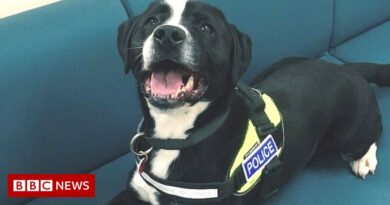 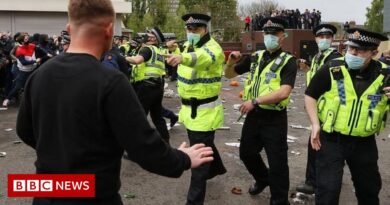