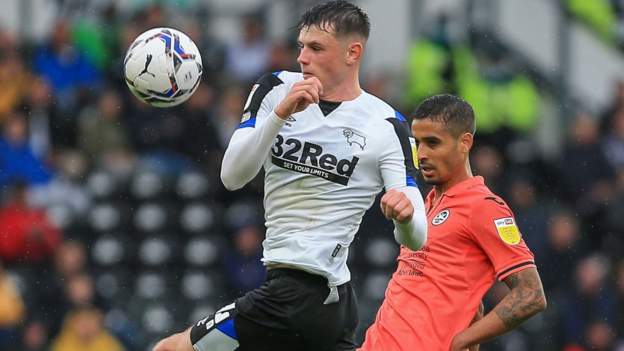 Jake Bidwell went closest for a Swansea side who controlled much of the contest but was denied by Derby keeper Ryan Allsopp.

At the other end Tom Lawrence drew a triple save from Ben Hamer during a rare spell of home pressure.

Wayne Rooney’s side remain bottom of the table after going into administration, though the stalemate means they have lost only one of their four games since being docked 12 points.

Swansea took charge of possession from the outset, yet for all their control and dominance of territory, they could not find a breakthrough.

They had chances, with Matt Grimes bending a shot just the wrong side of the post from 20 yards before a quick throw-in allowed Joel Piroe to pull back for Bidwell, who shot straight at Allsop from point-blank range.

Allsopp also gathered a long-range Piroe drive as Swansea failed to find the moment of quality required to break down the second meanest defence in the division.

The Rams improved a little as the first half wore on, but a side who have struggled for goals this season offered nothing in attack before the break.

The Derby skipper had no fewer than three shots beaten away by Hamer before a relieved Smith cleared the danger.

The hosts then worked Jason Knight into space in the penalty area, only for Jamie Paterson to save his team with a last-ditch challenge.

Swansea reasserted their authority as Joel Latibeaudiere’s shot was blocked, Ethan Laird’s drive deflected wide and Paterson lashed narrowly over, but the failure to find a finish meant they had to be content with a point.

“A good point in the end. It was a difficult game for us.

“We knew that they would have quite a bit of possession. With changes and adjustment of the shape, we coped with that well.

“I thought we did really well second half – we didn’t really create too many clear-cut chances – but probably had the better chances.

“We had to try and be more aggressive. We could have scored and nicked three points.”

“I am really frustrated. We deserved to win. We had 10 shots inside their box – it needs to come to more.

“We are very close to being a very, very good team. Derby had a great result in the week but we didn’t allow them to play at all. We played with great energy, great intensity, real quality and control.

“We need to make more of the dominance, of the control and the amount of territory we had. I am sure we’ll get that thrown at us, ‘oh the possession and nothing’, but we created a lot, we had good chances.

“I am so happy with so much. We kept a clean sheet again. But again the players are frustrated.” 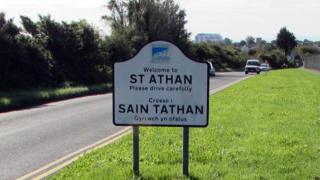 Covid-19: The different ways to measure deaths in Wales