An iconic moment from an iconic player.

England are trailing 2-1 to Greece and facing the prospect of a tricky play-off against Ukraine to reach the 2002 World Cup finals.

In the 93rd minute, up steps captain and Manchester United favourite David Beckham to curl home a stunning 25-yard free-kick and send England direct to the finals in South Korea and Japan.

“Up over the wall and in… David Beckham has done it. It had to be Beckham!” screamed BBC Radio 5 Live commentator Alan Green, a clip you can listen to again here.

But there was more than just World Cup qualification at stake – this goal was about redemption for Beckham and it cemented his legendary status for his country.

Three years earlier, Beckham was the villain when he was sent off against Argentina for kicking now Atletico Madrid manager Diego Simeone, as England went out of the 1998 World Cup in France at the last-16 stage.

“That was the moment that England supporters forgave me for what had happened a few years before,” he would later say.

“For me personally, that was redemption for what had happened, because up until then, there was always that cloud around the sending-off.”

Between 1996 and 2009, Beckham won 115 caps for England, playing in three World Cups and two European Championships.

However, of the 17 goals he scored for his country, perhaps none is remembered more fondly than the one he scored on 6 October 2001. 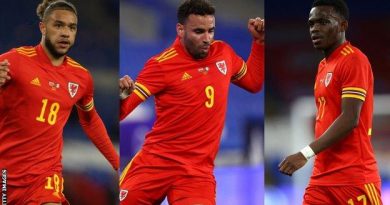