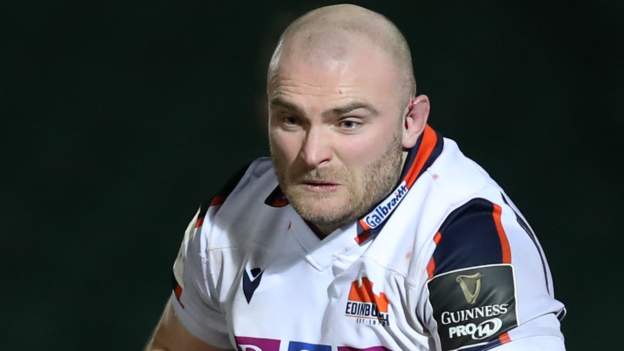 Cardiff director of rugby Dai Young is “surprised” Edinburgh’s Dave Cherry was not punished for his head-on-head collision which forced James Botham off the field on a stretcher.

Cherry was not penalised by referee Frank Murphy or by the citing commissioner after the game.

Botham was taken to hospital but later released and allowed to fly home with Cardiff’s squad after Saturday’s loss.

“First and foremost I don’t think it was anything intentional,” said Young.

“I don’t think he [Cherry] went out to hurt him [Botham] or anything like that. That’s the first thing I want to stress.

“But to me it’s always been stressed that, whatever the circumstances, head on head tends to be a red card.

“I don’t think anybody could say it wasn’t head on head. Yes, it wasn’t intentional but that’s no different to many red cards we see in tackles.

“I was surprised it hasn’t been looked at but that’s not my job. I wouldn’t go banging the drum trying to get people cited or banned but I am surprised it wasn’t looked at.”

Cardiff were beaten 34-10 by Edinburgh, with the match stopped for several minutes following Botham’s injury.

Cherry’s head made contact with the Cardiff back-row’s head as he cleared out a ruck in the 56th minute.

Botham, 23, received lengthy treatment and was taken off the field on a stretcher but, despite checking with television match official (TMO) Neil Paterson, referee Murphy took no action against Cherry.

“When we spoke to the referee, he said the TMO had a look at it and he felt it was fine,” Young added.

“I had a message off the referees’ manager after the game saying they’ve had a look at it and they feel it was fine.

“We all see, week in and week out, players getting red cards for head-on-head collisions. There’s never intent in it, they get the timing wrong, body position is wrong and the like, and that was probably the case on the weekend.

“I don’t think you can deny it was head on head so I was surprised there was no sanction but that’s for other people to determine.”

In Botham’s absence fellow Wales back rowers Ellis Jenkins and Shane Lewis-Hughes have been recalled as Cardiff host Harlequins in the Heineken Champions Cup on Friday.

Covid: What is it like to be back in school?