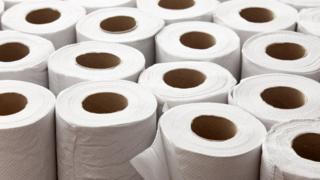 Shoppers are being told there is no reason to panic buy amid tighter coronavirus restrictions in Wales.

Pontypridd MP Alex Davies-Jones tweeted to say she had heard reports of panic buying in supermarkets in her constituency, which is under lockdown.

Supermarkets said they had good availability in store.

Ms Davies-Jones said there had been a “spree” of panic buying in shops across Pontypridd in Rhondda Cynon Taf and urged people to avoid panic buying.

Rhondda Cynon Taf is one of six Welsh counties under local lockdown, with Cardiff and Swansea following from 18:00 BST on Sunday.

On Saturday, Llanelli in Carmarthenshire will be the first town to be locked down, rather than a whole county, which has been the case everywhere else.

Swansea council leader Rob Stewart said: “Supermarkets and other food suppliers are not affected by the local lockdown so there is no need to be concerned about stocks running low or panic buy.”

Restrictions across Wales have been tightened, with First Minister Mark Drakeford announcing all pubs, cafes and restaurants must close by 22:20. People have also been urged to only make “essential journeys”.

Supermarkets across the UK were raided for essential items such as pasta, flour and toilet paper before the March lockdown.

On Friday, Health Minister Vaughan Gething also warned against people stockpiling items as they did in the spring.

He said: “There isn’t a need to go and to buy large amounts of items.

“It’s about people still being calm and reflecting the fact that there has always been enough food on the shelves and other items throughout the very height of the first wave, and we’re taking action at an earlier point than we did [before].”

Wepa UK, which manufactures toilet paper and kitchen roll at a plant in Maesteg, Bridgend county, said production had increased by 23% over the week leading up to Wednesday and the company was prepared for panic buying.

Mike Docker, joint managing director, said: “We have learnt lessons from the spring – if panic buying does happen extensively again, it will not have the same effect on supply as it did in March, as the industry is much more prepared now than it was six months ago.”

He said extra hauliers were on standby and production has shifted to focus on plainer tissues and large packs to reflect the demand seen at the start of lockdown.

‘Hopefully, people are being more sensible’

However, Nigel Williams, finance director at food wholesaler Castell Howell, which is based in Cross Hands, Carmarthenshire, said there was “no evidence” of panic buying groceries in Wales.

He said: “There’s no evidence yet, hopefully people are being more sensible now and know that there’s enough there. As long as people don’t start panic buying, it’s good news for us.

“Back in March it did hit us quite a lot because the supermarkets were so full, people were coming down to our cash and carry.

Sainsbury’s and Tesco both said they had good availability for shoppers in store and were not experiencing shortages.

But Tesco and Morrisons have limited people to three items per customer on flour, dried pasta, toilet roll, baby wipes and anti-bacterial wipes. 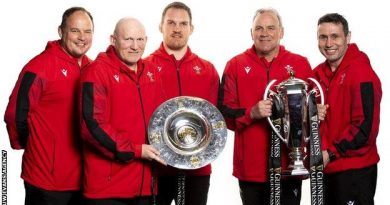