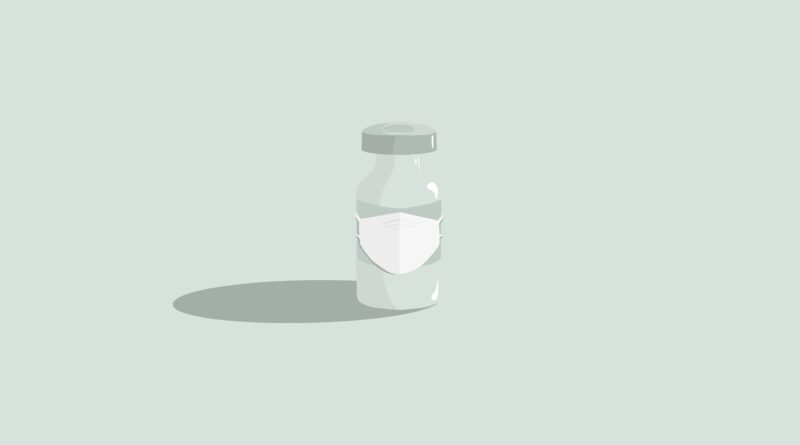 People who received two doses of the Pfizer COVID-19 vaccine while on TNF inhibitors—a class of immunosuppressants used to treat rheumatoid arthritis and other autoimmune conditions—generated less powerful and shorter-lived antibodies against the virus that causes COVID-19 than healthy people and those on other kinds of immunosuppressants, according to a study by researchers at Washington University School of Medicine in St. Louis. The scientists found this was especially apparent regarding the virus’s delta variant.

The good news is that a third vaccine dose drove antibody levels back up, but the researchers don’t yet know how long the levels will stay high. The findings, available online in Med, a Cell Press journal, suggest that people taking TNF inhibitors face a particularly high risk of breakthrough infections and would benefit most from a third dose.

“Not all antibodies are equally good at fighting viruses,” said senior author Michael S. Diamond, MD, Ph.D., the Herbert S. Gasser Professor of Medicine and a professor of molecular microbiology and of pathology & immunology. “People taking TNF inhibitors didn’t make as many of the potently inhibitory antibodies, and the ones that they did make had largely decayed by five months after the second dose. So even when compared to other immunosuppressed people, people on TNF inhibitors are probably at greater risk for breakthrough infections, especially as immunity wanes and several months have passed since their initial vaccinations. Our data suggests that they should get boosted.”

A previous study co-led by two authors on the current paper—Alfred Kim, MD, Ph.D., an assistant professor of medicine, and Ali Ellebedy, Ph.D., an associate professor of pathology & immunology, of medicine and of molecular microbiology—showed that 90% of people taking immunosuppressants (including TNF inhibitors) produce antibodies after COVID-19 vaccination. But that study had looked for the presence or absence of antibodies three weeks after the second vaccine dose. The researchers had not attempted to gauge the quality of the antibody response.

Diamond and first author Rita Chen, an MD/Ph.D. student, launched the new study to investigate the quality of the antibody response to the Pfizer COVID-19 vaccine in immunosuppressed people. In particular, they wanted to know whether vaccination elicits antibodies effective against the delta variant of SARS-CoV-2, the virus that causes COVID-19. Delta currently causes almost all cases of COVID-19 in the U.S.

The study included 77 people taking immunosuppressants for conditions such as Crohn’s disease, asthma, and multiple sclerosis. Each participant was taking one medication from any of 13 classes of immunosuppressant drugs, including TNF inhibitors, anti-metabolites, anti-malarials and anti-integrin inhibitors. For comparison, 25 healthy people also were included.

The researchers measured the participants’ antibody responses against the original SARS-CoV-2 strain as well as the alpha, beta and delta variants at three months and then five or six months after the second vaccine dose.

People taking immunosuppressants had about the same level of total antibodies three months after their second dose as healthy people, but their antibodies were lower in quality. The 12 people in the study on TNF inhibitors had a particularly deficient antibody response. Compared to healthy people, immunosuppressed people had lower levels of neutralizing antibodies, the most potent kind, capable of blocking viruses from infecting cells without any help from the rest of the immune system. Non-neutralizing antibodies also can protect the body by activating a variety of immune cells to help destroy viruses, an ability collectively known as effector functions. People receiving TNF inhibitors also produced antibodies with weaker effector functions. The effect of immunosuppression was even more pronounced against the variants than the original strain of SARS-CoV-2.

For example, three months after the second vaccine dose, only 8% of healthy people had levels of neutralizing antibody against delta that were probably too low to be protective, but 36% of all immunosuppressed participants and 67% of people taking TNF inhibitors fell below the threshold.

The situation only worsened over time, with people taking TNF inhibitors faring worst of all. Six months after the second dose, only 17% of healthy participants had dropped below the estimated threshold of protection. In comparison, five months after the second dose, 58% of immunosuppressed people and all of those taking TNF inhibitors had likely lost protection against breakthrough infection.

As this study was being conducted, the Centers for Disease Control and Prevention (CDC) recommended that people with autoimmune conditions receive a third dose of the Pfizer and Moderna vaccines. The researchers were able to recruit four people taking TNF inhibitors and measured their antibody response one month after the third dose of the Pfizer vaccine. The shot boosted their antibody levels up to approximately 25 times their pre-third dose level, solidly into the range that should be protective.

“What I’ve been telling patients is, ‘If you’re on a TNF inhibitor, definitely get your additional booster dose,” said Kim, who treats patients with autoimmune conditions at Barnes-Jewish Hospital. “Getting that additional dose restored responses beautifully. We don’t yet know how long it will last, but for now, it will help protect them.”

The researchers are conducting a study to determine how long protection lasts after the third dose of the vaccine.

Depression During Menopause: How to Spot It and Treat It

Over 100,000 Americans Died From Drug Overdoses in One Year: Report