Travellers arriving in the UK from Uruguay, Namibia and the US Virgin Islands will have to self-isolate, the government has said.

The changes will be effective from 4am on Saturday.

Transport Secretary Grant Shapps said there will be no further travel changes for two weeks over Christmas, unless an emergency decision has to be taken amid a major spike in coronavirus cases abroad.

It comes after the government’s new “test and release” scheme, designed to reduce isolation periods for people who test negative for COVID-19, got off to a “chaotic start”.

Providing certainty to those travelling over Xmas, we will only make EMERGENCY removals to the #TravelCorridor list if needed for the next two weeks. Next regular update 7th Jan 🎅✈️

The new system meant that inbound passengers forced to quarantine could cut their self-isolation period from 10 to five days if they get a negative test result from a list of private providers.

But on Tuesday, the day the scheme was due to launch, a number of the 11 specified testing companies said they were unable to provide the service.

Last week, the Canary Islands were removed from the UK’s “safe” travel list.

The Spanish islands were only added to the travel corridor list in October, resulting in a surge in bookings.

People in England, Wales, Scotland and Northern Ireland are allowed to travel between the four nations during the “Christmas bubble” period of 23 to 27 December.

Wales First Minister Mark Drakeford said only two households can mix indoors by law over the festive period – instead of three in the rest of the UK. 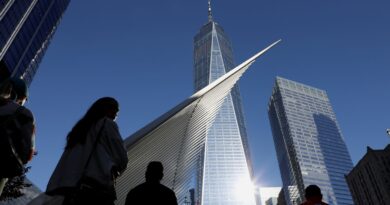 9/11 anniversary: Twenty years since the attack on the Twin Towers, the impact is still felt in the Middle East | US News

Singapore: Why these defiant 'nail house' owners refuse to sell