Greggs has bumped up its profit outlook after a “significant pick-up in sales” as non-essential retailers reopened.

Greggs said that like-for-like sales in the period since the easing of restrictions on 12 April were ahead of pre-pandemic levels in 2019.

The group said that while there remained “considerable uncertainty” its profits for the year could be around 2019 levels which would be “materially higher” than previous expectations.

In a trading update, Greggs said that total sales in the 18 weeks to 8 May were £352m, which was £72m higher than the same period a year ago but £21m lower than in 2019, before the lockdowns which severely impacted trading in 2020.

But the company pointed to an improving trend over recent weeks.

In the ten weeks to 13 March, like-for-like sales were 23.3% down in 2019 levels. But in the eight weeks after that, they were down by 3.9%, boosted by the reopening of non-essential retailers.

Greggs said: “Our two-year LFL growth since 12 April has been positive.”

The Newcastle-based chain, which has 2,000 stores across the country, said it had made progress both in “walk-in” sales and deliveries – which are now available from 800 of its sites.

It acknowledged that further relaxations in COVID-19 restrictions would result in “increased competition as cafes and restaurants are able to compete more effectively with our largely take-out offer”.

Greggs said it opened 34 stores and closed 11 over the 18-week trading period.

Greggs stores were closed for three months at the start of the pandemic, before reopening in the summer, but continued to suffer reduced customer footfall as customers stayed away from high streets.

In November, the company revealed that it was cutting more than 800 jobs permanently as a result of the pandemic. 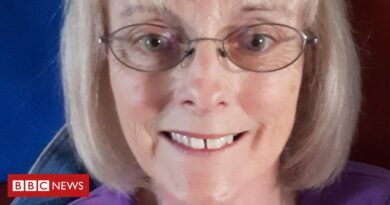 'Covid vaccine scammers nearly got me'

Fish 'not as carbon friendly' as previously thought