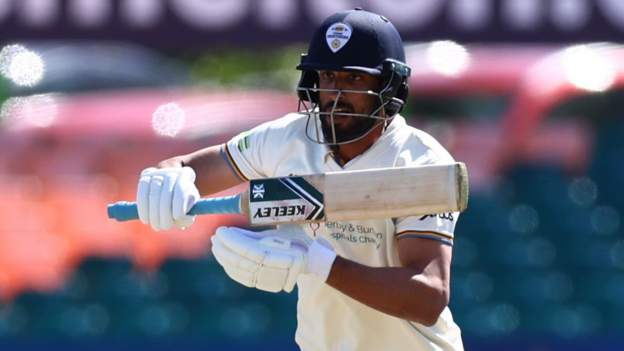 Shan Masood scored his third century of a remarkable season to stay on course for 1,000 runs before the end of May as Derbyshire dominated the second day of the County Championship Division Two match against Worcestershire.

The Pakistan left-hander made 113 from 131 balls for the hosts to take his tally to 826 with a possible three more innings to come before the end of the month.

Brooke Guest scored 77, with Derbyshire plundering 172 runs in 36 overs between lunch and tea before Worcestershire hit back in the evening session to leave the home side on 274-4, trailing by 94.

Fast bowler Sam Conners took four wickets in the morning to complete a five-wicket haul as Worcestershire were bowled out for 368.

The day had promised much more for the visitors but, after subsiding to Conners, they felt the full measure of Masood’s elegant strokeplay.

Ed Barnard and Ben Cox represented Worcestershire’s best chance of passing 400 but they both fell in the same over to Conners, Barnard driving loosely to cover and Cox lbw to a ball that looked to be missing leg stump.

Conners made it three in seven balls when he found lift and away movement to remove Josh Baker before nightwatchman Adam Finch, after 22 overs of determined resistance, pulled Ryan Sidebottom to deep backward square.

Sidebottom immediately left the field with a calf injury but Anuj Dal pulled off another stunning catch at point to quickly end the innings and give Conners his fifth wicket.

Derbyshire set the tone for what followed by scoring 30 in seven overs before lunch and the afternoon became one to remember for Masood and one to forget for Worcestershire.

After Billy Godleman got an inside edge onto his leg stump, Masood and Guest cruised along at almost a run-a-ball against ill-disciplined bowling and increasingly ragged fielding.

Masood’s timing and placement was exemplary but Worcestershire helped him along the way, Barnard spilling a chance at backward point off Ben Gibbon on 67 and then fluffing a run out chance 10 runs later.

Inevitably, he moved to his third century in seven innings from 115 balls but Worcestershire regrouped after tea with Gibbon claiming the prized wicket of Masood during an impressive 11-over spell from the City End.

The 21-year-old beat Masood’s attempted drive in the first over after the interval, the first of three wickets to fall for only 27 runs in 15 overs which reflected Worcestershire’s improvement.

Guest lost his concentration and edged a big drive at a wide ball from Barnard and Wayne Madsen was lbw trying to work Baker’s left-arm spin to leg.

Gibbons was unlucky not to make further inroads but Leus du Plooy and Luis Reece saw Derbyshire through to the close, although Worcestershire have the prospect of a second new ball early on day three. 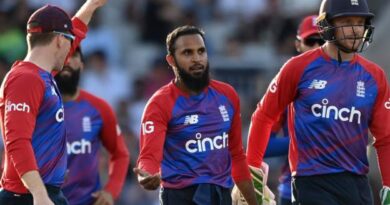 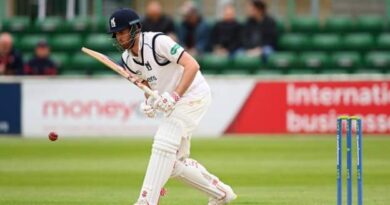 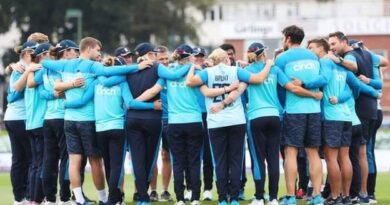