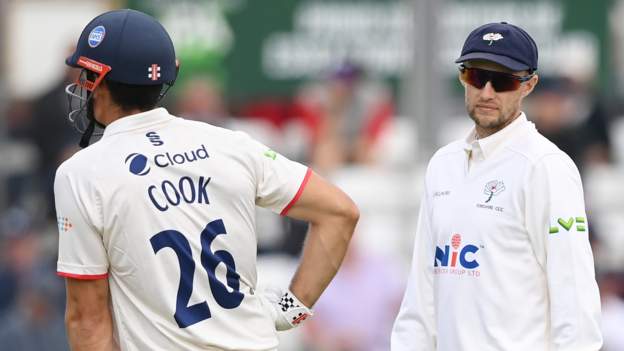 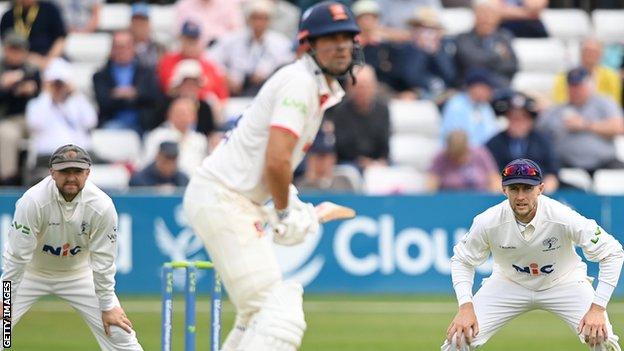 Sir Alastair Cook batted for most of the day as he ground out a tenacious century to provide Essex with a strong platform in their County Championship match against Yorkshire.

The former England captain occupied the crease doggedly for his 107 from 268 balls, sharing a third-wicket partnership of 174 with fellow left-hander Paul Walter to guide Essex to 234-3 after being put in at Chelmsford.

Yorkshire included Cook’s successor Joe Root, featuring for the first time since he resigned the England role, and deployed him as one of seven bowlers as they toiled to try and build on early successes.

But those efforts were largely fruitless, with Walter reaching stumps just 11 short of a maiden first-class hundred, having narrowly missed out four days earlier when his knock of 93 had enabled Essex to stave off defeat against Northamptonshire.

Having lost the toss, the home side immediately found themselves under pressure after losing Nick Browne to the third ball of the morning, caught low at third slip off Jordan Thompson.

Thompson and Steven Patterson, who opened alongside him, sent down 34 consecutive dot balls before Cook finally got the scoreboard moving with a squirted single on the leg side.

He and Tom Westley eventually put together a partnership of 56, with the Essex captain surviving a series of edges through the slip cordon before he was eventually caught behind for 24, attempting to cut Dom Bess.

The off-spinner stifled the already meagre scoring rate with an accurate spell from the River End, yielding just a single run from his six overs prior to lunch.

Walter initially led something of a charmed life, with Patterson unable to hold on to a sharp return chance and inducing an edge in his next over that appeared to fall narrowly short of the diving George Hill in the slips.

At the other end, Cook crawled towards his half-century, dispatching Thompson to the cover boundary to reach that landmark after more than three hours and Yorkshire delved deeper into their bowling barrel, deploying Harry Brook’s medium pace and Root’s off-spin.

Having progressed at around two an over, Essex raised the tempo in the final session, with Walter adopting a more attacking approach and Cook carving Thompson to the boundary to complete his ton.

The opener’s stay at the wicket might have ended with the next delivery, a miscued drive that flew to first slip, but Brook shelled the chance.

That did not prove too costly for Yorkshire, however, as Cook played on to Patterson with four overs remaining, leaving his namesake – nightwatchman Sam Cook – to accompany Walter to the close.

The Edge: How England went from also-rans to number one Test team in the world under Andy Flower 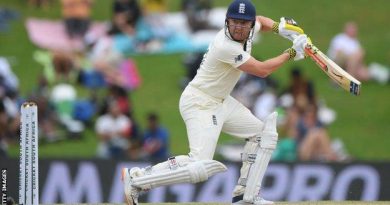