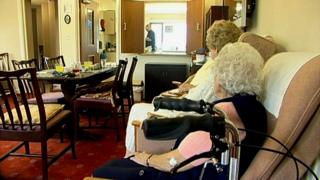 The number of weekly deaths in Northern Ireland’s care homes has fallen for the second week in a row.

However, almost half of the 664 coronavirus-related deaths recorded by Nisra have happened in NI’s care homes.

Recorded weekly deaths in Northern Ireland’s care homes rose sharply after reporting by Nisra began on 20 March, and peaked in the week to 1 May, with 72 fatalities registered.

Thirty-three (5%) took place at residential addresses or another location.

In the week to 15 May, the number of people who died in care homes, 32, was higher than the number of deaths in hospital settings, 27.

People aged over 75 accounted for more than three-quarters (79.3%) of all Covid-19 related deaths in Northern Ireland.

Two sets of Covid-19 figures are published in Northern Ireland:

The Department of Health had recorded 472 deaths by 15 May.

It said there is always a time lag for registering deaths in the community, with the process taking up to five days, and that the Nisra report could not feasibly be linked to the daily figures.

The total death toll is ultimately set to be higher.

The latest figures from Nisra also include a breakdown of all Covid-19 related deaths by council area.

Of the 11 councils, Belfast has recorded the most deaths, 196, while Fermanagh and Omagh has registered the fewest deaths, recording 16.

The total number of all deaths registered in Northern Ireland in the week ending 15 May was 396; rising from 336 in the previous week – and higher than what would be expected at this time of year.

The five-year average death rate in Northern Ireland is 295.

Nisra said there had been 867 “excess deaths” registered in Northern Ireland over the last seven weeks.

This measure captures all deaths caused by the coronavirus: the infections that were confirmed and feature in the daily figures; as well as the suspected cases that were mentioned on the death certificate.

It also captures the deaths caused indirectly by the epidemic: people who died because of the strain on hospitals and care homes or people affected by the lockdown. 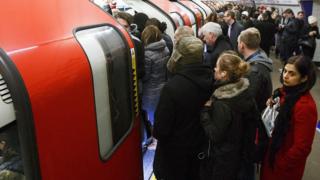