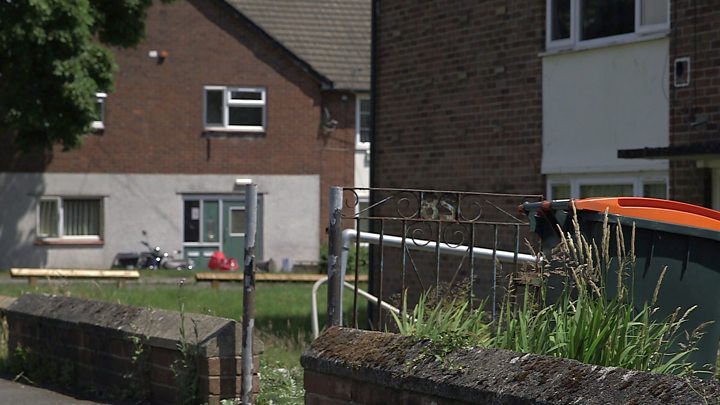 Trauma and distress could exist for generations in disadvantaged areas following the coronavirus pandemic, a clinical psychologist has said.

Jen Daffin, who is working to improve mental health at the Bettws housing estate, Newport, said those communities stand to be the worst affected.

She said circumstances like not having a garden can lead to an increased risk of mental health problems.

There are also concerns learning gaps will have widened when schools reopen.

“If you’re a single parent and you’re living in a flat with small children and you don’t have access to a garden then it can be really challenging,” she said.

“You may have been able to access a park before. It’s created further disadvantage to the already disadvantaged.”

Ms Daffin said cycles of “trauma and distress” could exist for generations.

“By understanding what has happened to a community, or what is happening to a community, we can start to build the conditions to help people break those cycles,” she said.

Primary school teachers in Bettws have spent lockdown delivering emergency food and hygiene products to pupils and their families.

The child poverty rate is 42% on the estate – well above the national average of 29%.

Christine Holder, one of the families relying on Bettws’ early learning programme, took her three young grandchildren in to live with her and her husband five years ago.

“I don’t know how we would have survived without the teachers,” she said.

“I’ve cried and cried. Not in front of the children, but it’s been really difficult to keep going some days.”

The programme was set up by local teachers to provide food, toiletries, books and toys to children no longer able to access them at school.

“We were struggling with finances for new beds,” said Ms Holder, whose husband works for the NHS.

“They need bunkbeds because the bedrooms are small. They’ve been sleeping on mattresses on the floor.”

The teachers put the family forward for a charity grant which has been able to provide them with new beds.

“I was over the moon to be honest,” Ms Holder said.

“I don’t like to say we’re having struggles or a hard time, but I know I can get on the phone and talk to any of the staff members at the school.

“We’ve had a laugh and we’ve had a cry, they’ve really kept us going.”

Sarah Moyse, 35, has also been helped with food parcels from the teachers.

She and her husband have eight children aged between two and 19. Her main concern has been the effect changes to schooling could have on the children’s mental health.

“There’s so much going on at the moment that they don’t understand,” she said.

“I suffer with bipolar, so my mental health isn’t great as it is, but without routine my head’s everywhere.

“They’ll struggle to understand the separation at school and not being able to talk to their friends in close proximity. It will upset them and I’m worried about how they’re going to cope.

“It’s a massive worry and I don’t think I’m dealing with it very well.”

Lindsey Watkins, head teacher Millbrook which is one of the primary schools involved, said: “We run a food bank on a regular basis as a school.

“We assess the families via a telephone call – we’ve got a family that didn’t have a fridge, didn’t have carpets or curtains, didn’t have some of those basic things.”

Schools in Wales begin reopening on Monday, but there are concerns that after three months away, any learning gap between the most disadvantaged pupils and their peers will have increased.

“The potential for it get wider is absolutely there,” Mrs Watkins said.

“But I think if schools and communities work together as we are, you can mitigate that gap” 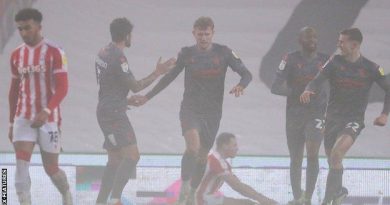 Heavy rain warning for south Wales ahead of Christmas