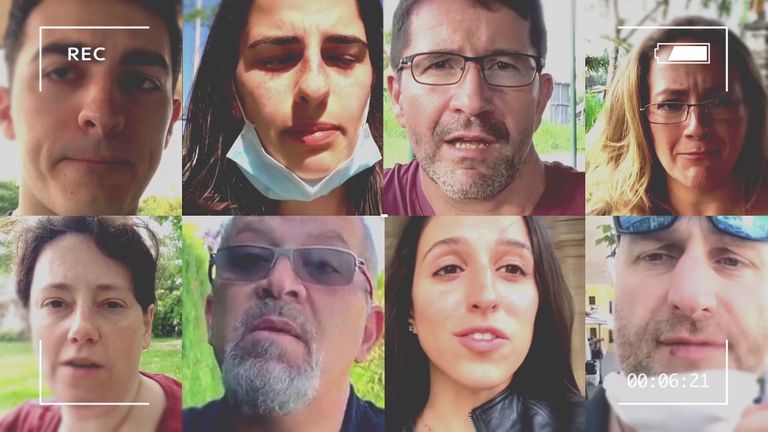 The R value – a key measure of how much coronavirus is spreading – is around the crucial figure of one in the North West and South West of England, according to new estimates.

Their estimates, calculated in conjunction with Cambridge University’s MRC Biostatistics Unit, showed it is “probable” the R value is below one in all regions of England, with the exception of the North West and South West.

In the North West, the median R value was estimated to be over one.

And they said that, although in the South West it is “around” one, “the numbers of new infections occurring in the region on a daily basis is relatively low”.

Prime Minister Boris Johnson has made keeping the R value below one a critical measure when considering whether to ease the UK’s lockdown.

The government have said local lockdowns could be introduced if there are flare-ups in the number of infections in certain areas.

If the R value is one, then it means each infected person will on average pass coronavirus on to one other.

If it is above one, it means the number of COVID-19 cases will increase exponentially.

However, if it is below one, the disease will eventually peter out as not enough new people are being infected to sustain the outbreak.

:: Listen to the All Out Politics podcast on Apple Podcasts, Google Podcasts, Spotify, Spreaker

The PHE/Cambridge study said there was “some evidence” that the R value “has risen in all regions” of England, which they added was “probably due to increasing mobility and mixing between households and in public and workplace settings” after lockdown measures were eased.

The R number is only one part of ministers’ consideration when it comes to easing lockdown measures.

The number of new cases is also crucial and it is the interaction between the two that matters most.

An update from the Office for National Statistics’ Infection Survey has suggested there are now around 6,000 new infections in England each day.

However, the Cambridge study estimated that, across England, the number of new daily infections could be closer to 17,000, with the number of deaths each day likely to fall to between 100-250 by the middle of this month.

“There is evidence, from the forecast of deaths for the whole of England, that the increases in the regional reproductive numbers may result in the decline in the national death rate being arrested by mid-June,” the study added.

Dr Yvonne Doyle, PHE medical director, said: “Our estimates show that the regional R numbers have increased although they remain below one for most of England – this is to be expected as we gradually move out of lockdown.

“It is vital that everyone continues with social distancing, practising good hand hygiene and must remain at home and order a test if they have symptoms.”

“It appears, I would say, that lockdown has been relaxed too early, given the fact that ‘track, test and trace’ is some way from being up and running,” he told the Manchester Evening News.

“I think it begs the question as to whether the advice is right to people in the North West.”

Latest data from the ONS antibody surveillance study showed 6% of people have had the infection since the start of the epidemic, with 16% in London and around 10% in the North West of England.

New estimates of the R number carried out for the government’s SAGE advisory committee showed it remains at between 0.7 and 0.9 for the whole UK, below the key threshold of one.

Sir Patrick Vallance, the government’s chief scientific adviser, said: “The latest R-value calculation is between 0.7 and 0.9 for the UK as a whole, it may be a little bit higher in England it may be between 0.7 and 1, and there is a bit of regional variation.”

He said there could be “some places” where the R-value is very close to one. 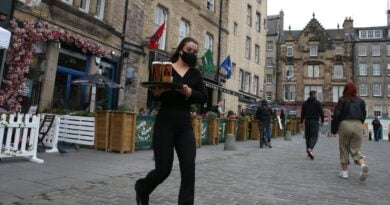 Conversion therapy: Public to be consulted before ban