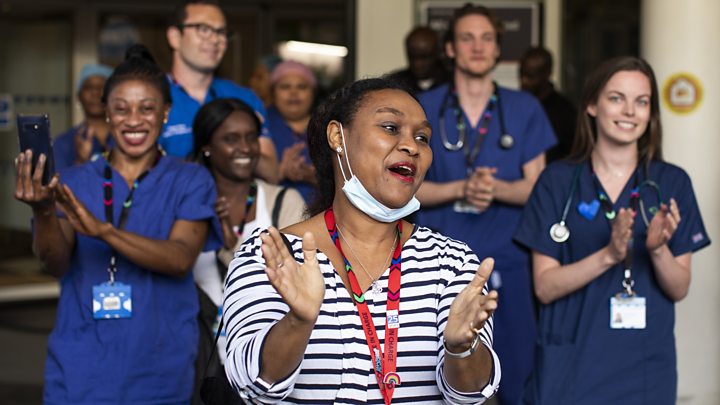 The Duke of Cambridge has warned of a potential mental health impact over hailing NHS workers as “heroes” during the coronavirus pandemic.

Prince William said the praise could deter workers from seeking support as they feel pressure to appear “strong”.

“I think we’ve got to be very careful with the language that we use,” he said in a clip shown on the BBC’s One Show.

The prince called on society to “plug the gaps” where hospitals do not have a good staff support networks.

During the pandemic the duke has held video calls with hospital staff, care workers and others on the front line. He said he was concerned some staff found it difficult to talk about their problems.

In the video clip, the duke said NHS workers need to look after themselves “so that they come through this in one piece” and the pandemic does not leave a legacy of “broken NHS staff”.

“They should rightly be hailed as superstars, and brave, and wonderful staff; but I’m very conscious from a mental health point of view that we don’t alienate some of them,” he added.

“Where they feel that once they have this hero tag, they can no longer shake that, and therefore they can’t ask for support, they have to be this strong pillar of strength, when actual fact what we need them to be is examples of positive mental health.”

The duke’s comments came on the evening of the 10th weekly Clap For Carers. His three children were seen enthusiastically participating in the very first one back in March.

The original organiser of the event, Annemarie Plas. has suggested that the latest public round of applause should be the final one for now and it should instead become an annual event.

When the UK first went into lockdown to curb the spread of coronavirus, the Duke and Duchess of Cambridge gave their backing to a campaign to protect people’s mental health.

And the couple’s Royal Foundation supports the Our Frontline initiative, which provides round-the-clock mental health and bereavement support to NHS workers, carers and other key workers.

The duke’s comments aired on The One Show were recorded during filming for a BBC One documentary – Football, Prince William And Our Mental Health.

If you, or someone you know, have been affected by mental health issues, the following organisations may be able to help.

Pret A Manger cleared of allergy offence after student's collapse 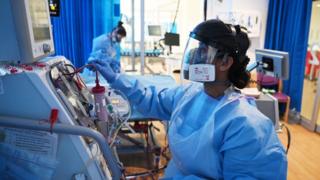 NHS agrees deal for manufacture of PPE gowns in Scotland