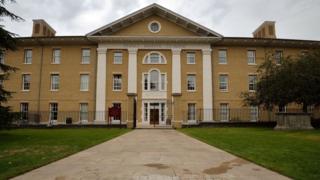 The home for military veterans, which has been in existence for more than 300 years, said a further 58 residents had so far recovered after testing positive or showing symptoms.

Some 290 army veterans live at the Royal Hospital, famous for its red tunic uniform.

The deaths were announced a day before the 75th anniversary of VE Day.

Of the hospital’s residents, 47 served in World War Two, while others were deployed in Korea, the Falkland Islands, Cyprus and Northern Ireland.

Among those who died was 75-year-old Fred Boomer-Hawkins.

He moved to the Royal London Chelsea Hospital in 2017 and was “extremely proud” to wear the retirement home’s famous uniform, his son Terry Hawkins, 49, said.

“He was everything you could want from a dad.

“We can only have ten people at the funeral but know more than 300 would want to be there if they could. The outpouring of love for him since his death was announced has been overwhelming.”

‘I fear the worst’

Mr Boomer-Hawkins, a father-of-three, was originally from Tottenham and joined the army aged 17.

A keen boxer, he won tournaments including the Regimental Boxing Finals, and later went on to coach.

His first posting in the army was as a Royal Green Jacket in Colchester, where he met first wife, Jean.

He was later stationed in Malaysia, Germany and Tidworth, completed two tours of Northern Ireland, was a UN peacekeeper in Cyprus and spent two years in Berlin.

He first became ill in the last week of March.

As his breathing worsened and he was moved to hospital in the days before his death, he sent his son a text reading: “Prepare yourself, I fear the worst now.”

Mr Hawkins added: “We were able to go in on that final day and the doctors told us he only had between two and eight hours left. We never thought it would come to that, it was heartbreaking.

“It just shows this virus can take anyone.” 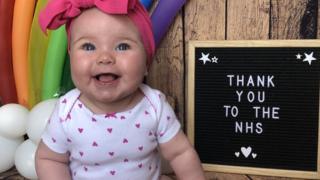 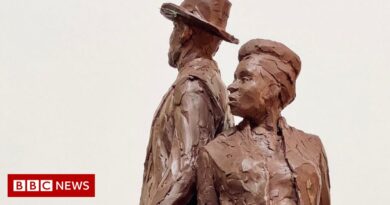 Coronavirus: 'Stuck in London due to Mauritius quarantine fee'