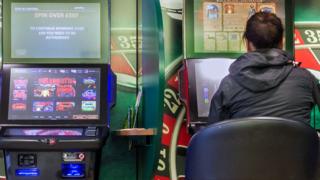 The body that represents bookmakers in Northern Ireland has warned shops will close and jobs will be lost if the industry does not resume trading soon.

Betting shops have reopened in England and are expected to open shortly in the Republic of Ireland.

But a date has not been set for their reopening in Northern Ireland.

The association’s secretary Paul McLean told Good Morning Ulster there is “quite a lot of confusion” around when shops can open.

“We had assumed like the rest of non-essential retail that we would be allowed to open a few weeks ago,” he says.

“However we were told bookmakers were not allowed to open and we were on a later list.”

He said the industry had “no idea when we are going to open”.

“We’ve had dates for pubs, cafes, hairdressers and tanning studios. I don’t see how we could be viewed as more dangerous to re-open than those”, he said.

The association represents the majority of betting shops trading in Northern Ireland of which there are about 300.

Around 1,500 staff work in the industry.

Mr McLean said bookmakers want to get people back to work.

“The longer we stay closed, the more likely it is there will be redundancies within our industry as when our shops are closed people are forced to bet online,” he said.

“When people are being forced to bet online they are not going to come into the shops and clearly we’ll have a difficulty getting them back into the shops”.

He said should that continue “premises will close and jobs will be lost.”

The Department for Communities said the Executive will consider reopening bookmakers shops as part of the wider review of the current restrictions. 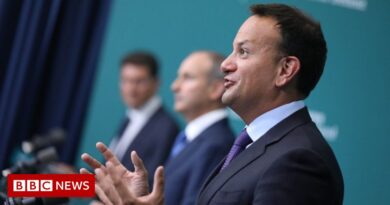 Tánaiste Leo Varadkar in NI for business and political talks