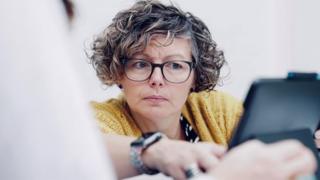 Deaf campaigners have started legal proceedings against the government over a lack of sign language interpreters at its daily coronavirus briefings.

British Sign Language (BSL) users say they have been discriminated against because critical information is not conveyed to them.

A Twitter campaign which started as #WhereIsTheInterpreter? has now morphed into a class action legal case.

Number 10 said the BBC had agreed to use interpreters on the News Channel.

The daily press briefings, which often occur at 17:00 BST, provide the latest information from the UK government in relation to the Covid-19 pandemic.

Lynn Stewart-Taylor first tweeted #WhereIsTheInterpreter? on 9 March when she watched one of the briefings and found there was no interpreter, even though she could sense “critical information” was being given.

She said the lack of a BSL interpreter “made me feel very panicked and worried”.

While some may suggest deaf people could read subtitles during TV briefings, BSL and English are distinct languages.

Stewart-Taylor classes BSL as her first language and although she was taught to speak English at school she has an “average reading age of seven years old”.

She says: “Trying to decipher the information [from subtitles] is like trying to work out something written in a foreign language.”

Legal firm, Fry Law has started judicial review proceedings – where a judge considers the lawfulness of a decision or action by a public body.

It claims the lack of interpreters breaches the Equality Act 2010 which states that discrimination or unfair treatment on the basis of certain characteristics – such as being deaf – is against the law.

Pursuing the judicial review, however, is reliant on the campaigners raising £15,000 through crowdfunding by 6 May, to ensure that if they lose they can cover the government’s legal fees.

He argues, that says even though interpreters are available on the BBC News Channel for some briefings, when clips are later replayed they do not feature an interpreter. It also puts the onus on the deaf person to seek out the News Channel when the information is of national importance.

In a statement, Downing Street said: “We have established British Sign Language (BSL) interpretation at the daily No. 10 press conference via the BBC News Channel and iPlayer…and are working to ensure greater replication of this signed interpretation across a wider range of media channels.” 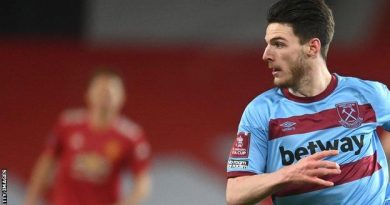