The government has set out new emergency powers to tackle the spread of coronavirus with the publication of a bill.

Under the proposed legislation, airports could be shut and people held on public health grounds, while immigration officials could place people in isolation.

The powers would be time limited to two years under the proposals.

MPs plan to debate and vote through measures early next week.

Health Secretary Matt Hancock has said the powers were “proportionate to the threat we face”.

The measures are expected to be fast-tracked through Parliament with the first debate on Monday – and MPs set to “nod them” through rather than proceeding through the voting lobbies as normal.

It comes as Northern Ireland announced its first virus-related death, and three more deaths were confirmed in Scotland.

Meanwhile, the government has promised to give more details on how school closures will affect students and parents after criticism over a lack of clarity.

The government plans to rush through its emergency legislation – all 329 pages of it – by Monday.

Some measures would, in happier times, appear draconian: the police could force people who are displaying symptoms of illness in to isolation.

Ports could be shut with little warning.

And regulations are being rapidly thrown aside to allow some medical students and retired clinicians to treat patients.

Protection for tenants from eviction will be added to the bill.

There is little political disagreement on the content but some unease at Westminster about the length of the emergency – the laws would last up to two years.

The government insists the measures could be “switched on and off” based on medical advice.

But some MPs are pressing for Parliament to have the power to review and renew the powers each month.

So to get the bill passed swiftly, the government may well be under pressure to cede the power to set “sunset clauses” to MPs – rather than leaving this to ministers at Westminster and in the devolved administrations.

Key measures intended to increase capacity in the NHS include:

Elsewhere, the process of arranging funerals could be fast-tracked as part of efforts to “manage the deceased in a dignified way” should the UK experience “excess deaths”.

More court hearings could take place by phone or video while the Border Force could temporarily suspend operations at airports and other transport hubs if there are insufficient resources to maintain border security.

Most controversially, the bill gives unprecedented powers to law enforcement agencies to detain people and put them in appropriate isolation facilities if necessary.

Ministers say they hope this will not be necessary as people will act responsibly, adding that the legislation will “support and protect the public to do the right thing and follow public health advice”.

MPs will be able to suggest changes to the bill, the Commons Speaker confirmed on Wednesday.

Speaking at Prime Minister’s Questions, Labour leader Jeremy Corbyn said the opposition would hold the government to account to ensure the most “effective action” was taken to protect the public and NHS staff. 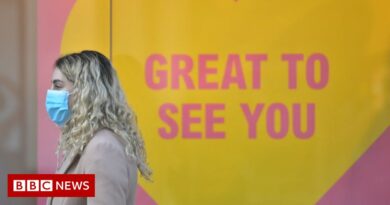 Budget 2021: UK economy set to return to pre-Covid level at end of year 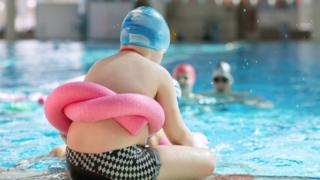 Half of leisure centres could close, warns trade body