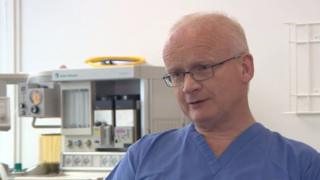 A senior emergency doctor has described how he suffered a “deeply unpleasant” form of the Covid-19 virus.

Sean McGovern, who works as clinical director at the Ulster Hospital, Dundonald, first experienced the unusual symptom of back pain.

He later developed a “frightening” episode of respiratory symptoms, but his condition improved.

“Over a period of about 12 hours I developed a headache and felt very fatigued and unwell,” he said.

“So I decided to avail of the trust opportunity as a frontline worker to be tested the following morning and the result came back the next morning to say that I was positive,” said Dr McGovern.

His first symptoms lasted five or six days, and he thought he was getting better, only to experience the “dip” that is a recognised part of this coronavirus infection.

He developed respiratory symptoms, with prolonged coughing and shortness of breath.

“That was the most frightening, because you’ve a cough, you started to cough up some blood because you tear a small vessel.

“You become short of breath because you’ve coughed so much, so that was a frightening episode.

“Could I deteriorate to a level that I need hospitalization? I wanted to avoid that.

“And then once you get hospitalized, do you end up on a ventilator? Those negative thoughts do enter in if you’ve had 24, 48 hours of fairly rough respiratory symptoms.

“But after about five or six days of the respiratory symptoms, I knew I was on the mend.”

Although he had access to front-line worker testing, he believes there needs to be more testing in the community, particularly before we reach the traditional winter flu season.

“It’s crucial that we get testing. Testing both for the people who are actively having the disease and antibody testing, to prove that people have actually had it.

And he says there are lessons to be learned about how Personal Protective Equipment (PPE) is managed.

“In times of a pandemic that’s going to last a long period of time, it’s clearly the case that we need to have an ongoing supply and that needs to be local in my view.

“Northern Ireland has not had the London experience or indeed the Lombardy experience that people have seen on TV.

“We’ve the capacity, the system has managed and there have been transformational changes made to enable capacity to be at its maximum in Northern Ireland.”

Dr McGovern says some of those changes in the healthcare system to manage Covid-19 should be sustained in the long-term.

“The health service should look different. We should seize upon the opportunity that’s been afforded to us to actually revaluate and what brings added value to the care system.

“There are clearly lessons in health and social care in terms of managing care homes and of having appropriate PPE and all of those things across the system so I think yes, we have to harness it, and the driver for change has to be that we’re doing it better, not that we’re just changing it for the sake of changing.”

But after recovering from the virus, he says complacency is not an option.

“This is a virus that’s new, it is virulent, it is highly contagious.

“It will have a detrimental effect on a significant number of vulnerable in society, and until we can get a vaccine, then we must social distance and must move forward on that line.

“So I think people either make a judgement in terms of the next weeks, a stepwise progression with opening up society, whilst still shielding the most vulnerable.

“I feel the most vulnerable in society will continue to need shielded until such times as we’re comfortable with herd immunity – or we’ve got a vaccine – or both.” 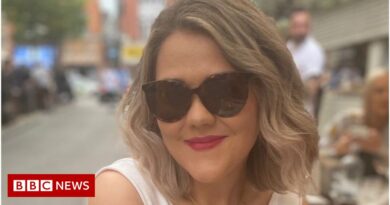