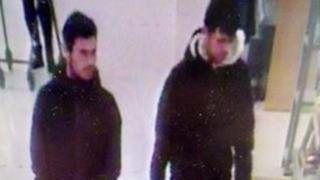 Two “despicable” men who licked their hands before wiping them over meat, vegetables and fridge handles in a supermarket are wanted by police.

The pair walked into Sainsbury’s in Morecambe, Lancashire, on Saturday afternoon.

He said: “That anyone could think this sort of behaviour is appropriate or amusing, even in normal times, is beyond me.

“But at this time of crisis when many people have been faced with empty shelves in shops it is flabbergasting.”

Insp Martin called on the men to come forward, adding: “You must surely know that what you have done is wrong.”